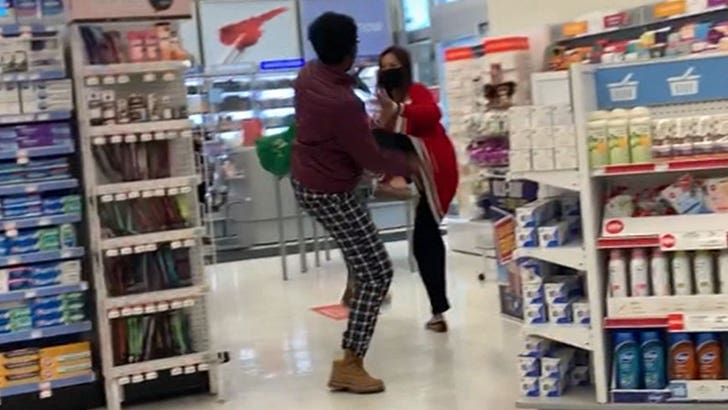 This woman’s taking face mask tirades to the next level, adding a disgusting racist tirade that included her busting out alleged Kung Fu moves on an Asian employee.

This all went down at Shoppers Drug Mart in Ontario, Canada where the employee had told the customer she had to wear a mask while inside the store … and that set off the so-called “battle” you see in the video.

The maskless customer claimed she was doing Kung Fu because, “I know you know martial arts. So do I!” The employee desperately tried to get the woman out of the store and threatened to call police.

As if the situation couldn’t get more bizarre … the maskless woman appeared to threaten the employee with her own blood. You can see her waving a tissue she claimed had her blood on it.

Security ultimately arrived but the woman had bolted.