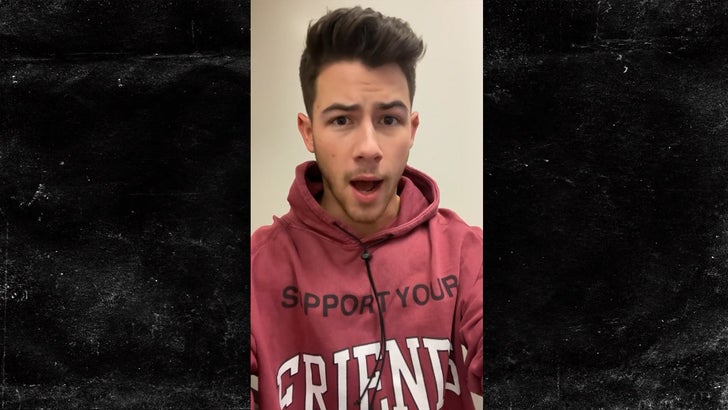 Forget the “Drake Curse,” Nick Jonas says athletes should be lining up for the “Jonas Blessing” — a PROVEN theory that the JoBros can help win championships!!!

They all attended Jonas Brothers concerts just MONTHS before they dominated their respective sports.

“To fully understand this conspiracy, we have to back things up to Sept. 22nd, 2019,” Nick says … “That is the day of the Jonas Brothers show in Kansas City Missouri. You know who was at that show? Patrick Mahomes. Cut to a few months later, Patrick Mahomes and the Kansas City Chiefs won Super Bowl 54.”

“Next up, Dec 10, Arizona. Who was there you might ask? Oh, Cody Bellinger. Cut to October 27th, the Dodgers win the World Series.”

“Lewis Hamilton attended the Jonas Brothers concert in Paris on Feb. 22nd. Just last week, he won his 92nd Grand Prix, the most of all time.”

SOUNDS SCIENTIFIC TO US!

“The key to success is to come to a Jonas Brother show,” Nick explains … “Basically the reverse of the Drake Curse. Let’s call it the Jonas Blessing.”

Nick says talent and work ethic are fine and all … but if you REALLY wanna win, it’s about Jonas bangers like “Year 3000” and “Sucker.”

“Congrats to all you Jonas-loving athletes who were smart enough to come to a show. You deserve those championships!”