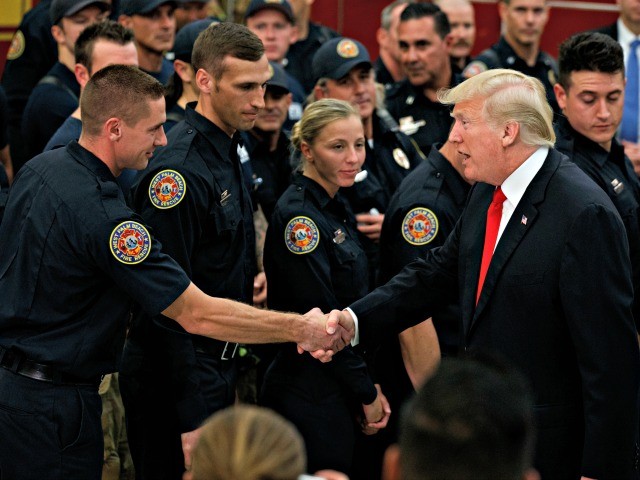 The Philadelphia Firefighters Union has voted to uphold its endorsement of President Donald Trump ahead of the 2020 presidential election.

The American Arbitration Association, which represents the Internation Association of Firefighters Local 22, sent out ballots to its members two weeks ago and asked whether the firefighters in the union wanted to repeal the union’s endorsement of President Trump.

BREAKING: The Union representing @PhillyFireDept firefighters has voted OVERWHELMINGLY NOT to rescind the @IAFF22 original endorsement of @realDonaldTrump for President by nearly a 2 to 1 margin. Here are the results of the union vote obtained by FOX29 News below @FOX29philly pic.twitter.com/w18hOVVsDq

Multiple police organizations and unions who represent first responders have shown public support for President Trump with endorsements over the last few months. The Fraternal Order of Police, which has an estimated 335,000 members, endorsed President Trump in September.

“President Trump has made it crystal clear that he has our backs,” Fraternal Order of Police National President Patrick Yoes wrote in a statement.

The National Association of Police Organization a group representing more than 241,000 officers endorsed Trump in July.

“Our endorsement recognizes your steadfast and very public support for our men and women on the front lines, especially during this time of unfair and inaccurate opprobrium being directed at our members by so many,” wrote the group’s president Michael McHale in the endorsement.