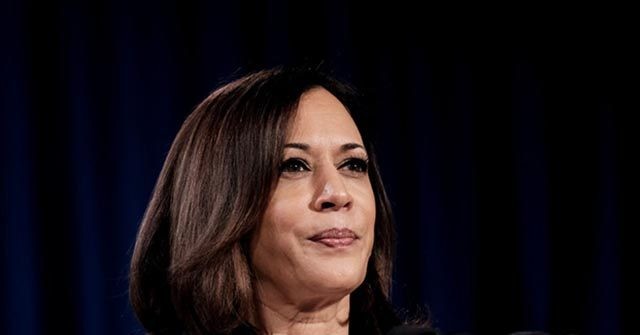 Former Vice President Joe Biden has not yet won the 2020 presidential election, but leftist Democrats are already planning on a Kamala Harris-led, post-Biden Democrat Party made up of younger and more left-wing voters.

Axios released a report Friday morning citing how many on the left view Harris — a California senator and Biden’s running mate — as the face and leader of what Axios called “a post-Biden Democratic Party.”

Axios reported on the matter, citing top leftist activists who view Harris — not Biden — as the future of the party:

“People believe Biden when he says ‘Black Lives Matter’ and ‘We need to address racism in our nation,’” Shropshire added. “But they also believe he’s old school, and in order to solve these problems we actually need newer, progressive ideas — and voices that actually have some experience, direct or indirect, with the problems we’re talking about.”

“I hope she builds on being the only black and Indian woman to ever serve in this role, but I’d love to see her also not treat that as symbolic,” Alicia Garza, co-creator of the radical left Black Lives Matter movement and founder of Black Futures Lab, said in the Axios report.

”She’s going to put a racial and gender lens on everything that they talk about in their administration, and that’s been lacking,” Glynda Carr, founder of Higher Heights for America PAC, which works to elect black women to public office, told Axios.

“This tees up potential points of tension between Harris and Biden right out of the gate,” Axios reported, which also claimed “there’s a feeling that she’s more accountable to their movement than Biden himself.”

“Harris will be a voice pushing Biden not to negotiate with what the Republican Party wants to do,” Waleed Shahid, spokesman for the far-left Justice Democrats, told Axios.