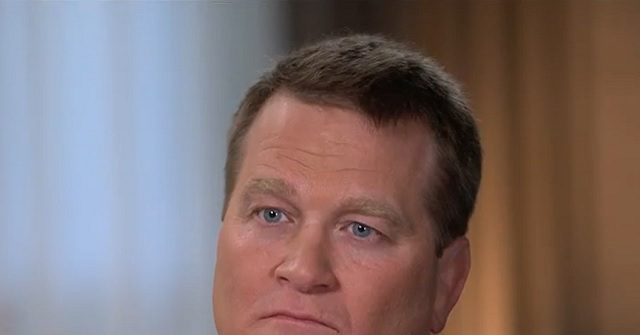 Tony Bobulinski is lashing out at the media for undercutting his allegation that former Vice President Joe Biden was involved in his youngest son Hunter’s business dealings.

Bobulinski, a one-time business associate of Hunter Biden, released a statement to Breitbart News and other outlets on Friday criticizing the media for suggesting his claims, and the corresponding documentation he has provided, are illegitimate.

“I would like to make clear that the emails, text messages, and other evidence that I have provided came from my own phones or computers and that those documents have been authenticated by an independent, nationally recognized forensic analysis firm,” he said. “Moreover, the suggestion that I would provide falsified documents to the [United States] Senate and the Department of Justice is patently absurd.”

“The media should focus on the very serious national security issues raised by the evidence I have provided, instead of ignoring this issue or writing process stories to serve as a distraction to help their favored candidate,” Bobulinsk added. “History will not judge kindly those in the media that are sweeping under the rug one of the most significant and legitimate national security scandals involving a candidate for the presidency.”

Since coming forward, Bobulinski has agreed to cooperate with an ongoing probe the Senate Homeland Security Committee has into the Biden family’s business ventures. Staffers for Sen. Ron Johnson, the committee’s chairman, told the Daily Caller earlier this week that as of now the information that Bobulinski has provided to the committee appears to be credible and has been verified.

On Friday, Bobulinksi told the Sinclair Broadcast Group that he’s also been interviewed by the Federal Bureau of Investigation regarding his ties to the Bidens and his knowledge of Hunter Biden’s tenure on the board of directors of Burisma Holdings, a Ukrainian natural gas conglomerate.

BREAKING VIDEO: Tony Bobulinski tells @WeAreSinclair the team of @FBI agents who questioned him for five hours focused intensively not just on Hunter Biden’s work in China but also on his tenure on the board of Burisma in Ukraine. pic.twitter.com/tLh04uFVuF