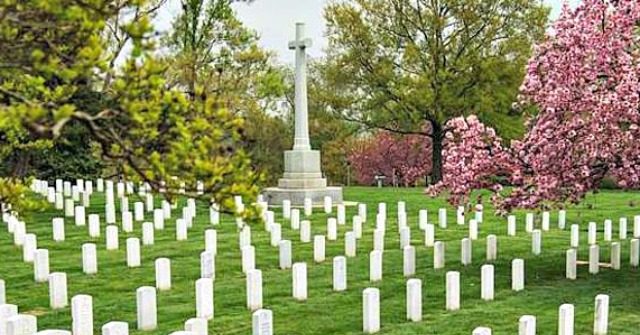 South Florida investigators have uncovered a plan to register dozens of deceased individuals as Democrat voters.

While no votes or absentee ballots were requested or cast under the fabricated identities, the Washington Times noted that “officials in Broward County, a Democratic stronghold and Florida’s second most populous county, uncovered the scheme over the summer.”

According to the election officials, a person in Columbiana, South Carolina, mailed 51 new voter applications, all of which featured the same handwriting, to the Broward County elections office in July.

The Times also stated that the “Broward County supervisor of elections officials flagged the registrations as suspicious and turned them over to the Broward state attorney’s office.”

“We cannot comment on an ongoing, active criminal investigation,” state attorney’s office spokeswoman Paula McMahon said in an email to The Associated Press.

Election officials are also questioning who sent the ballots as no return address was provided. The registration applications were received in 19 different envelopes.

Of the 51 received, a total of 31 of the applications were verified by the state attorney’s office as being deceased. The reamaining identities could not be verified by date of birth and name only, according to Assistant State Attorney Tim Donnelly.

“Five of the names were already on the voter rolls, but investigators said no absentee ballots had been requested,” the Times stated. The deadline to request a mail-in ballot was October 24.

“This is an organized effort by someone who knew a little bit about Florida law but not a lot and had a scheme to either undermine the Florida registration system with fake voters or intended to vote 50 times,” Antonacci told the South Florida SunSentinel.

Officials also stated that several spaces on the applications were left blank, such as drivers license and social security number sections.

According to Antonacci, there is a time difference in between when someone dies and the election officials are notified, and someone took advantage of that.

“The system is based on the honor system, and the honor system is supposedly bolstered by the fact that if you lie on one of these applications, it’s a crime,” Antonacci said. “With determination, you can muscle your way in.”

Broward State Attorney Mike Satz released a statement on the matter, saying any allegation of voter fraud is “taken seriously.”

“We take any allegation of voter fraud very seriously because it affects our very democracy,” Satz said. “Anyone who has information regarding any attempt to commit the crime of voter fraud should report it to the Broward Supervisor of Elections and the Broward State Attorney’s Office so it can be thoroughly investigated.”