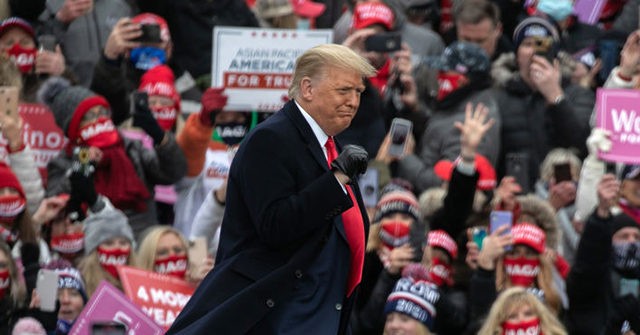 “At every turn, Biden twisted the knife into the back of Michigan workers and workers all over the country,” Trump said at a rally in Waterford Township, Michigan, recalling Biden’s support for trade deals like NAFTA and supporting letting China into the World Trade Organization.

Trump said that if he is re-elected he will continue to put the American worker first.

“I ended the NAFTA nightmare and replaced it with a brand new USMCA,” Trump said. “Just kicked in … you know how I know it’s good. Because Mexico and Canada aren’t so happy.”

The president noted that auto production was higher than it was even before the coronavirus pandemic.

“Could somebody in the auto business, please explain that to me because I’m taking full credit for it, but even I don’t get that,” Trump said.

“A vote for Biden is a vote to extinguish, demolish and wipe out Michigan’s auto industry and many of your other industries,” Trump said. “A vote for me is to keep and create auto jobs and all sorts of jobs in Michigan where they belong.”