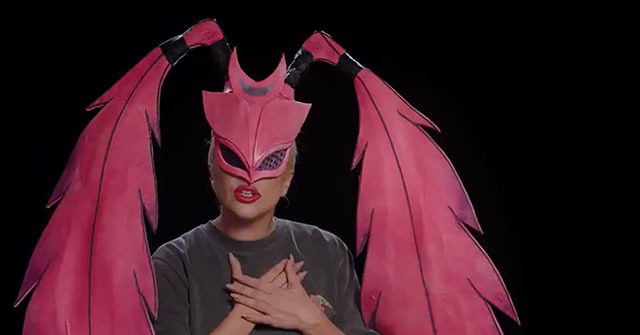 Pop star Lady Gaga, donning a collection of her most outrageous outfits, urged Americans that they must get involved in the election, go out, and vote if they “want the country to be different than it is.”

“So. The election. This coming Tuesday. We’re almost there. We need to talk,” the singer, who backed and campaigned for Hillary Clinton in 2016, said in three-minute video message to those who have yet to cast their vote in the presidential election. “I believe no matter how you feel right now about the election, you are still accountable,” the “Stupid Love” singer said.

“Maybe you’re sick of all the fighting or you’re frustrated by COVID and don’t want to deal with it. Or maybe you dislike all the candidates. Or maybe you feel so discouraged by the state of our nation that you’ve decided you don’t believe in voting because you feel it’s better not to be a part of the system — the system you don’t like.”

“If you want to change this system, if you want this country to be different than it is right now, you have got to participate in this election,” she pleaded, wearing a collection of her most recognizable outfits, including a piece paying homage to her infamous 2010 meat dress. “When they announce who has won the election, it will be very clear what this country has become.”

“The government is not going away tomorrow, and unless you have a plane ticket to another country this is going to be your home,” she continued. “I’m telling you that no matter how you feel, your future is still in your hands with this vote.What you choose to do will affect you,” Gaga told her 82 million Twitter followers, encouraging them to — in the very least — vote in honor of others.

“Let’s be real. You know who I voted for,” the singer, whose real name is Stefani Germanotta, said. “But believe me and listen to me now. Even if you disagree with me, your vote still matters to the world.”

The A Star Is Born actress emphasized that she has “never been shy to make my voice heard.”

“I’ve said a lot of things in a lot of different ways, wearing a lot of different outfits, makeup, hats, dresses made our of meat,” she continued, adding, “I may have seemed to shift and change, but one thing that has never changed is my voice and what I believe.”

The “Shallow” singer, who alleged that there is deep-rooted racism in America, said in a September interview with Billboard that those who are born in America “all drink the poison that is white supremacy.”

“I am in the process of learning and unlearning things I’ve been taught my whole life,” she said.