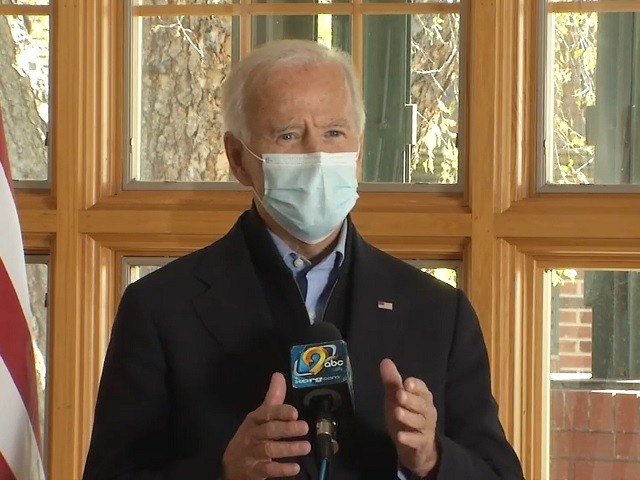 During an interview with Iowa’s KCRG on Friday, 2020 Democratic presidential nominee former Vice President Joe Biden stated that “there’s nothing to any” of the “smear” stories about his son, Hunter’s laptop and “my son’s an honorable man.”

KCRG Anchor and Managing Editor Beth Malicki asked, “So, what about the Americans who really, today, only want me to ask you about Hunter Biden’s laptop, how are you going to get them to see that you are fighting for them, when they’re so dead set against you?”

Biden responded, “By the way, there’s nothing to any of that, nothing to any of that. It’s all a smear. Every major outfit, every serious investigator has pointed out that this is a smear. This is classic Trump. We have four days left, and all of a sudden, there’s a laptop. And you may recall, there’s also talk about, four months before, there was a similar thing that somebody had, allegedly. There’s overwhelming evidence that — from the intelligence community that the Russians are engaged. I mean, look, this is — my son’s an honorable man. And all the investigations that were done around the issue of what was going on in Ukraine, if you noticed, every one of the major people who worked for Trump, during the impeachment, went under oath, and under oath said, [Joe] Biden did his job. No law was broken. … Hunter Biden broke no laws.”