Rapinoe posted an Instagram photo showing her down on one knee, placing an engagement ring on Bird’s finger by an infinity pool looking out over the water.

The women began dating in 2016 after meeting at the Summer Olympics in Rio de Janeiro, according to People magazine. 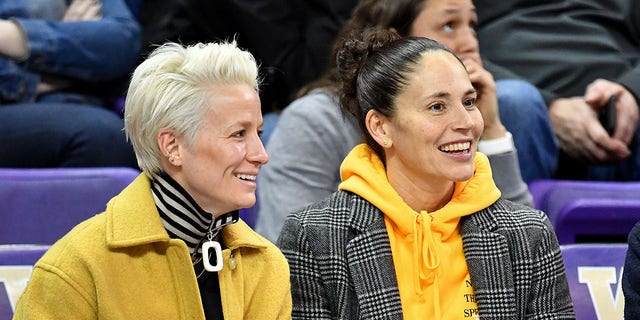 The couple even got a congrats from Democratic nominee Joe Biden, who the Storm endorsed earlier this month. “Love will always win,” Biden tweeted.

Rapinoe has been vocally critical of President Trump in the past, saying after the U.S. women’s team’s World Cup win last year, “I’m not going to the f—ing White House.”

Bird is a four-time WNBA champion and Rapinoe is an Olympic and two-time World Cup champion.

Bird came out publicly as gay in an ESPN interview in 2017 after the two started dating, saying things “just clicked” with Rapinoe. “I joke she is my No. 1 go-to-for-advice person. She’s just so levelheaded.”