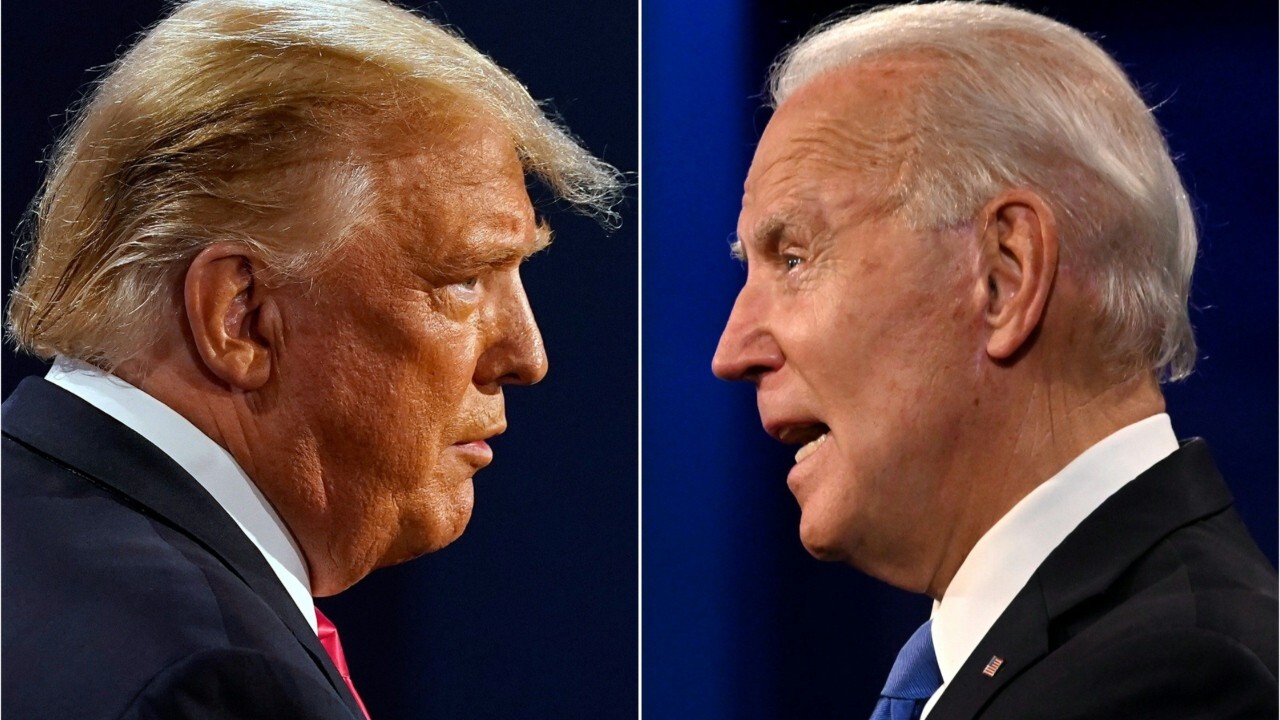 For months I have tried to figure out the overarching cosmic nature of the 2020 election choice.

There was something so weird about the Joe Biden-Kamala Harris hide in the basement strategy and something equally different about the Donald Trump-Mike Pence stay outside, stay on offense, keep moving strategy.

The central pattern of what we have been seeing is not about Democrat versus Republican. It has not been about liberal versus conservative. It is something primitive and symbolic, almost like an Aesop’s fable.

Then it hit me.

DONALD TRUMP: REELECT ME AND I WILL CONTINUE TO DELIVER SAFETY, PROSPERITY AND OPPORTUNITY FOR ALL AMERICANS

We are living through a contest between a Bunny Rabbit and an American Bear.

The Bunny Rabbit is hidden away in the Biden basement. It is timid, cautious, likes tiny meetings – preferably with people locked away in cars. It avoids exhaustion by simply not working.

I began to sense this image of the timid, exhausted Bunny when Biden took five out of six days off before the last debate (the one day he did something in public, it was a weird automobile rally, like a small drive in theater, in Durham North Carolina). Then, it was back to the basement – apparently the Bunny was exhausted by that one event.

The Bunny is intimidated by COVID-19, and just wants to hide and hope it goes away. The Bunny wants to minimize contact with the public to avoid tough questions. It wants to dodge any commitments on anything controversial. In fact, the Bunny is so comfortable hiding in the basement it thinks everyone could be isolated. A shutdown would be fine to keep everyone safe from the virus – even if it bankrupted them.

The Bunny’s opponent is just the opposite.

JOE BIDEN: I WANT YOUR VOTE TO BECOME YOUR NEXT PRESIDENT — HERE’S WHAT I WILL DO FOR YOU AND OUR NATION

The Bear is afraid of nothing. As a Bear, he likes to bounce around, entertain crowds, and be surrounded by people.  Where the Bunny fears the virus, the Bear has already had it and returned to full vigor in record time. Where the Bunny is terrified of making a mistake which will lead people to make fun of him (something which happens at least once a week), the Bear cheerfully acts, learns from any mistakes, and moves on.

Of course, swarming around the candidates are the Bees – members of the news media who love the Bunny and hate the Bear.

The Bunny calculates. After 47 years of constant effort, often with embarrassingly bad results, he has finally got a shot at the big time. He could become the Big Bunny – unless something stops him.

The Bunny knows that the Bees hate the Bear and will do anything to drive the Bear back into the forest. That is why the Bunny relies on the Bees for two big assignments. First, the Bees must sting the Bear every day, and, if necessary, they must create a swarm to keep the Bear confused and on defense. Second, the Bunny knows the Bees will protect it, so it can lie and hide. The Bees would never sting the Bunny – even for the most flagrant lies, or the most obvious examples of family corruption.

As the Bee’s favorite Bunny, he knows he can do very little, and the Bees will make up for his lack of effort.

The Bear knows that he is in exactly the opposite position from the Bunny.  The Bees have been attacking him for five straight years. When they could not find any real scandals, they simply made some up. The Bear has found itself constantly forced onto defense – and most of the time against falsehoods invented by its enemies.

The Bear has also learned that even when it does something remarkable, the hostile Bees ignore it. Get three countries to recognize and trade with Israel for the first time in 25 years, and the Bees yawn and look for something with which to attack the Bear. Move before anyone else in cutting off travel from China to save lives from the Chinese virus and get attacked for alleged xenophobia. Move a naval hospital ship and four army field hospitals to New York City (and have the US Corps of Engineers transform a convention center into a 1200-bed hospital) and the Bees praise Gov. Andrew Cuomo, whose policies killed more Americans from COVID-19 than any other governor.

The Bear has learned to be loud, because the Bees will never acknowledge his triumphs and achievements.

The Bunny did not irritate many people because it stayed hidden for hours every day (and sometimes all day) in the basement.

The Bear has irritated some people because its constant fight with the Bees made it seem aggressive – it is a fighting bear, not a stuffed toy bear.

The American people, puzzled by the hidden Bunny in the basement and cautious about the aggressive Bear on the stage, have a difficult question to answer.

Is the world safe enough to trust a hidden Bunny in the basement to protect us, our children, our neighborhoods, and our country?

Or is the world simply too dangerous to put our trust in a tired, timid, hiding Bunny?

Alternatively, is the world so difficult, the challenges so big, and the threats so serious that we need a Bear – even if it is sometimes a noisy or irritating Bear?

Finally, the Bunny has spent 47-years in office and now he promises to fix everything he has not fixed (or indeed broken) over a half-century.

Meanwhile in four short years, the Bear has kept its word on every major policy, reformed the judiciary, grown the strongest economy in American history, created the lowest unemployment for African Americans and Latino Americans, and aggressively pursued a bold plan for vaccines for COVID-19.

The Bunny in the basement or the Bear on the stage?

The American people will decide next week.