Sean Connery, the highly-decorated actor who skyrocketed to fame for his iconic role as James Bond, has reportedly died. He was 90.

The Scottish actor‘s death was confirmed by his family, BBC reported Saturday. The report states he died overnight in his sleep while in the Bahamas, where he was known to be living in his final years.

Connery was an international star, having earned an Academy Award, multiple Golden Globes, including the Cecil B. DeMille and Henrietta Awards, as well as two British Academy Film Awards (BAFTA) awards.

One of his most memorable roles was as the first actor to tackle the character of James Bond, beginning with 1962’s “Dr. No.” His other notable films include “The Untouchables,” “The Rock” and “Murder on the Orient Express.” 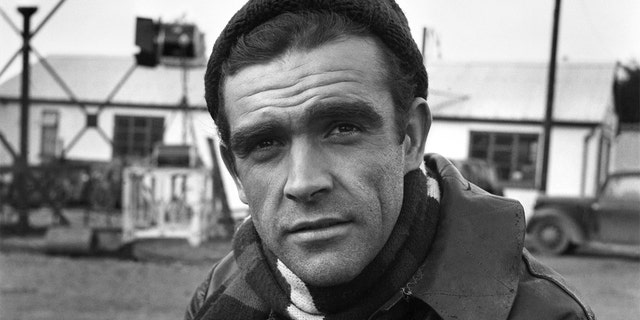 Sean Connery on the set of the film “Action of the Tiger”. November 1956. The Scottish star reportedly died overnight in the Bahamas, his family said on Saturday. He was 90. (ATFORD/Mirrorpix/Mirrorpix via Getty Images)

In total, Connery appeared in seven Bond films: “Dr. No,” “From Russia with Love,” “Goldfinger,” “Thunderball,” “You Only Live Twice,” “Diamonds are Forever” and “Never Say Never Again.”

“We are devastated by the news of the passing of Sir Sean Connery. He was and shall always be remembered as the original James Bond whose indelible entrance into cinema history began when he announced those unforgettable words — ‘The name’s Bond… James Bond’ — he revolutionised the world with his gritty and witty portrayal of the sexy and charismatic secret agent. He is undoubtedly largely responsible for the success of the film series and we shall be forever grateful to him.”

Connery’s other films included “Indiana Jones and the Last Crusade,” “The Hunt for Red October,” “The Wind and the Lion,” and “The Man Who Would Be King.”

While he was regarded by many as one of the best to ever portray the British secret spy, Connery’s other roles added to his list accolades. His role in Brian de Palma’s “The Untouchables” in 1987 earned him a supporting actor Oscar.

In 1999, Connery was chosen as People magazine’s Sexiest Man of the Century, and one year later, he was knighted by Queen Elizabeth II. 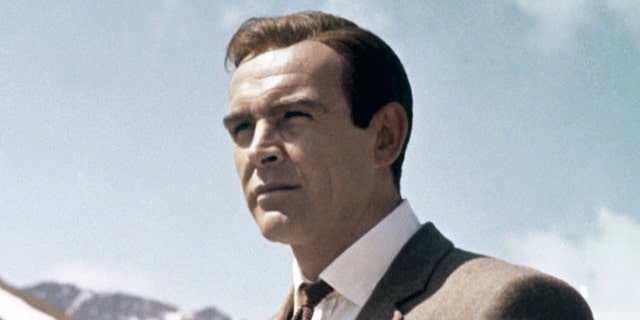 Actor Sean Connery on the set of “Goldfinger”.  (Sunset Boulevard/Corbis via Getty Images)

Born Thomas Sean Connery in Edinburgh, Scotland on Aug. 15, 1930, he was the son of a factory worker and a domestic cleaner. According to BBC, he was born in humble upbringings, in one room of a residence with a shared toilet and no hot water.

Connery left school at the age of 13 and eventually joined the Royal Navy but stomach ulcers reportedly sent him back home. His career in the entertainment industry followed a life of being a truck driver and a lifeguard before first posing as a model in his hometown.

A bodybuilder with looks that didn’t go unnoticed by those around him, Connery won a Mr. Universe competition in London in 1953. It was just one year later he began acting.

Connery leaves behind his wife, artist Micheline Roqubrune, and his son, Jason Connery, from his first marriage to Diane Cilento.

He was known to shun the Hollywood lifestyle, preferring a quiet life away from the spotlight hwith Roqubrune. The pair wed in 1975. Connery was married to Cilento for 11 years, having wed in 1962 and divorcing in 1973.

Representatives for Connery did not immediately respond to Fox News’ request for comment.

This is a breaking news story. Please check back for updates.