A tent used to accommodate voters at a New Hampshire polling place who wished to cast their ballots without wearing a mask blew over and collapsed Tuesday, sending one poll worker to the hospital.

A large, military-style tent for “non-masked voting” was set up outside Bedford High School in Bedford, N.H., as masks were required for those who wished to vote inside the school.

Bags of water initially anchored the tent in place but slowly leaked out, Bill Klein, town moderator in Bedford, told the New Hampshire Union Leader. A gust of wind blew the tent over, causing it to collapse. Several volunteer poll workers were inside but no voters.

“If anyone has seen ‘The Wizard of Oz’ and Dorothy and Toto and everything else, or Twister, yes, unfortunately, we did have an incident,” Klein told the newspaper. 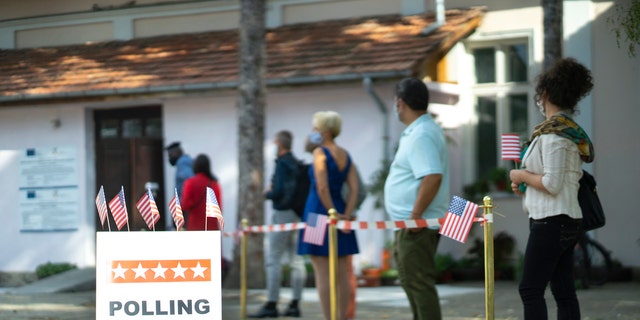 The incident left a 72-year-old poll worker with a minor cut on his face. He was taken to a local hospital to be evaluated, The Washington Post reported.

The location for non-masked voting was moved into a separate, isolated room inside the hospital. Election officials said masked voters were “safely separated” from those who went maskless.

The town of Bedford, an upscale community with just about 19,000 registered voters by Tuesday, was carried by Republican candidates in the past three presidential elections — Trump in 2016, Mitt Romney in 2012 and John McCain in 2008.