“All wars must end,” he wrote in a memo that went out to all employees in the Department of Defense. “Ending wars requires compromise and partnership. We met the challenge; We gave it our all. Now it’s time to come home. … To all of our Soldiers, Sailors, Airmen, Marines, Coast Guardsmen, Space Professionals and civilians: Continue to be bold. … Together we will take our Nation to new heights.”

He said the U.S. remained committed to “finishing the war that Al Qaida brought to our shores in 2001 …but we must avoid our past strategic error of failing to see the fight through to the finish.”

He added he was “weary of war” like many others but “this is the critical phase in which we transition our efforts from a leadership role to a supporting role. We are not a people of perpetual war – it is the antithesis of everything for which we stand and for which our ancestors fought.”

Miller took over this week after former Defense Secretary Mark Esper was fired by President Trump via a Twitter message on Monday.

IN LETTER TO TRUMP, GOP LAWMAKER PUSHES FOR WITHDRAWAL OF US TROOPS 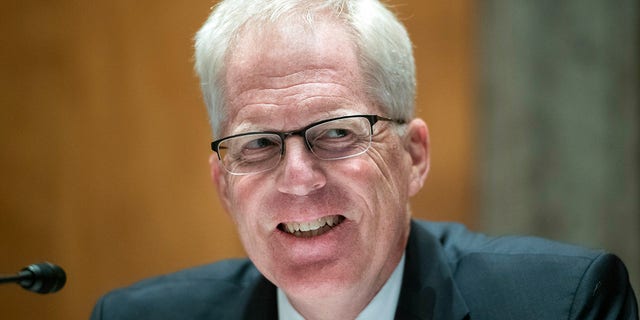 On Thursday, Esper’s deputy chief of staff Alexis Ross became the latest of several Pentagon officials to resign this week following Esper’s departure — with the president already replacing some of the officials with loyalists, according to The Hill.

Trump has long wanted to bring troops home from the Middle East but has run into roadblocks from some officials in the administration who have urged a more gradual withdrawal.

Esper’s predecessor, Jim Mattis, also clashed with Trump before his departure on Jan. 1, 2019.

The president in a tweet before the Nov. 3 election said all U.S. troops in Afghanistan should be “home by Christmas!”

The Pentagon was already implementing a plan to reduce the number of troops in the country to 5,000 this month.

Shortly before he was fired, Esper reportedly sent a classified memo to the White House, warning against lowering troops levels any further because of conditions on the ground, including ongoing violence, the potential danger to remaining troops and the harm it could cause to U.S. alliances in the region, The Washington Post reported, citing current and former officials speaking on condition of anonymity.

The turnover at the Pentagon occurred days after President-elect Joe Biden was declared winner of the presidential race.