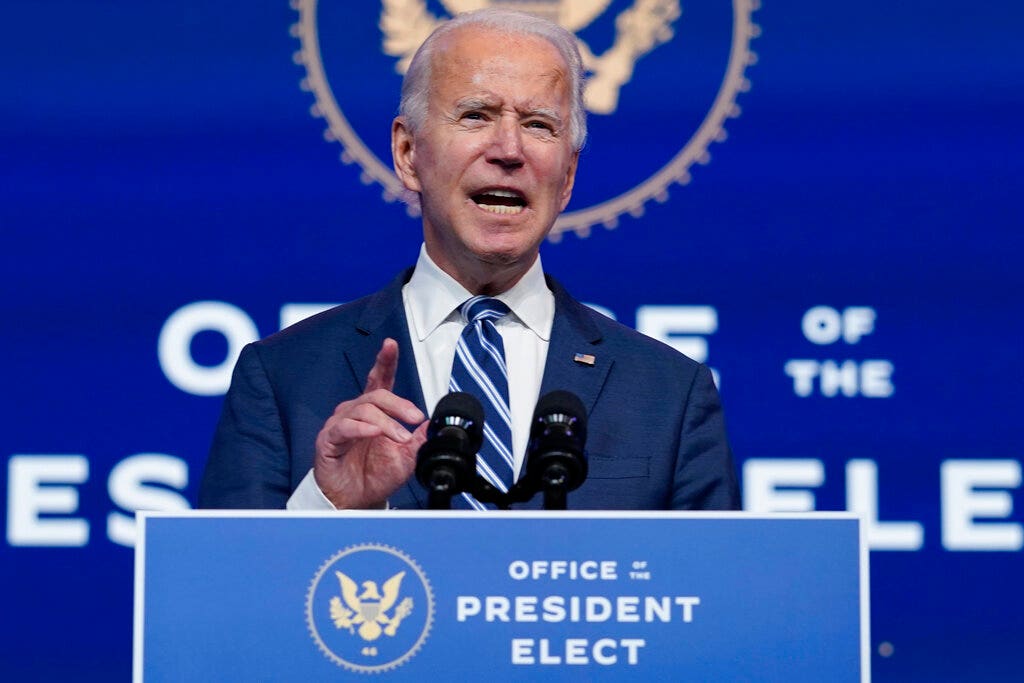 Secretary of State Brad Raffensberger, a Republican, said he was disappointed his party’s candidate hadn’t won but, “I live by the motto that numbers don’t lie.”

In 2016, as a percent of the electorate, the New York Times noted that Trump said he won by a “landslide,” but his electoral vote margin count ranked 46 out of 58 elections. Biden’s win, too, would rank 46.

Losing the popular national vote by 2.1 percent, 2.5 million votes, in 2016, Trump ranked 47 out of 49, according to the Times. While some votes are still being counted and the president’s team is disputing the count in multiple swing states, Biden is ahead by about 6 million votes.

This election cycle, Trump lost a number of key states he’d flipped in 2016 – Michigan, Wisconsin and Pennsylvania. He was the first Republican to lose Georgia in 2020 since George H.W. Bush lost the state to Bill Clinton in 1992. The president kept his grip on Florida, Ohio, Texas and North Carolina, all thought to be battleground states this election cycle, while Biden kept Nevada blue.

While current results show Biden as president-elect, the president’s legal team is pressing forward with lawsuits alleging voter fraud and procedural violations in the vote count. Several suits have already been dismissed.

PENCE, IN GEORGIA, VOWS  TO ‘KEEPP FIGHTING’ BUT ACKNOWLEDGES ‘UNCERTAIN DAYS AHEAD’

President Trump’s personal attorney Rudy Giuliani alleged in a news conference that there was a “centralized” plan to carry out voter fraud around the country.

Among other allegations, the former New York mayor cited sworn affidavits from poll workers who said their supervisors instructed them to commit fraud with absentee ballots.

Giuliani did not provide any documentation to support his claims at the press conference.