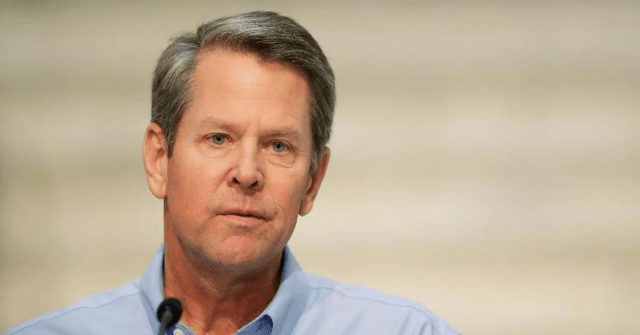 Kemp stated during a press conference that the law requires him to “formalize the certification, which paves the way for the Trump campaign to pursue other legal options and a separate recount if they choose.” The governor did not explicitly endorse the results.

“State law now requires the governor’s office to formalize the certification, which paves the way for the Trump campaign to pursue other legal options and a separate recount if they choose,” he said.

“Working as an engineer throughout my life, I live by the motto that numbers don’t lie,” Raffensperger said in a press conference. “As secretary of state, I believe that the numbers that we have presented today are correct. The numbers reflect the verdict of the people, not a decision by the secretary of state’s office or of courts or of either campaign.”

Biden is leading President Donald Trump by over 12,000 votes in the state.

On Friday, a DeKalb County elections manager was fired after local officials determined the official “failed to follow our established protocols and blatantly disregarded processes” used to “account for and record all legal and verified ballots.”

“Since the employee’s departure, management’s corrective actions and reviews ultimately yielded 59 additional ballots that were omitted from our court,” DeKalb County officials said.

The Floyd County, Georgia, elections board on Thursday fired its executive director after an audit found ballots left uncounted prior to the county’s initial certification.

The board met for little more than an hour Thursday afternoon in a special meeting, which resulted in [Floyd Chief of Elections Clerk Robert Brady’s] termination. Officials cited at least two reprimands that Brady received in the past six months as the reason for his firing. […] Election officials discovered around 2,600 votes that were not counted in the county’s total earlier this week during the statewide audit. Election workers ultimately had to recount more than 8,000 ballots to get to the bottom of the problem.

Georgia Secretary of State Brad Raffensperger said Tuesday an audit of the state’s voting machines found no evidence of tampering.

Raffensperger said in a statement announcing the completion of the audit that there was “no sign of foul play.”

He ordered Pro V&V, a U.S. Election Assistance Commission-certified testing laboratory, to conduct the audit on a random sample of Dominion Voting Systems machines statewide, which used forensic techniques and verification processes to confirm no tampering, cyberattacks, or election hacking.

“Pro V&V found no evidence of the machines being tampered,” the secretary of state’s office said.

“We are glad but not surprised that the audit of the state’s voting machines was an unqualified success,” Raffensperger said in a statement. “Election security has been a top priority since day one of may administration. We have partnered with the Department of Homeland Security, the Georgia Cyber Center, Georgia Tech security experts, and wide range of other election security experts around the state and country so Georgia voters can be confident that their vote is safe and secure.”