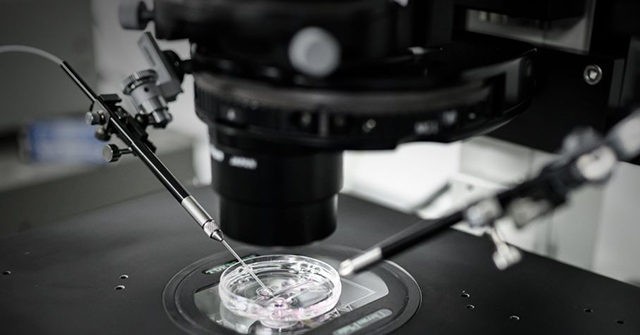 A California woman is suing a fertility doctor in Glen Allen, Virginia, for fathering two of her children without her permission.

“In the federal lawsuit, Katherine Richards claims Doctor Michael Kiken used his own sperm to impregnate her not once, but twice, first with her daughter and then later with her son,” WRIC reported Thursday.

In the late 1970s, she and her husband went to Kiken for help when they were unable to conceive. Richards said she was told the donor would remain anonymous.

However, the doctor used his own sperm to impregnate Richards without her knowledge.

“It’s unthinkable. He secretly used his own sperm and now I have to know that he violated me,” she said.

In a response last month from his lawyers, Kiken denied doing anything wrong and “admits that Dr. Kiken inserted the sperm of an anonymous, to the plaintiff, donor as requested, which was his own sperm,” according to the Richmond Times-Dispatch.

“Kiken added that in 1979 and 1980, there were no commercially available sperm banks close enough to the place of insemination and that adequate cryogenic freezing and thawing techniques were not well-established at the time and chances of conception were low,” the article continued:

According to Richards, she agreed to undergo the artificial insemination she underwent in 1979. Among other things, she said she and her husband were promised that the sperm would come from a sperm bank donor who would never know her identity. The donor would be a medical student or medical intern, roughly 22 to 28 years old, would physically resemble her husband, be in excellent health and share in the Christian faith.

Her husband passed away in 2000 and the suit said he was five foot eleven, had a pinkish skin tone, hazel eyes, and his ancestry was Norwegian, Irish, and English.

“Kiken, according to the suit, was shorter in stature, slender, Jewish, with an olive complexion and in his late 30s,” the Dispatch report said.

When Richards’ daughter, Julie Druyor, received a 23andMe DNA kit as a gift last year, she learned she was 50 percent Irish and French and 50 percent Ashkenazi Jewish.

“How many others are just one Christmas DNA test kit away from having their lives forever changed,” her mother concluded.