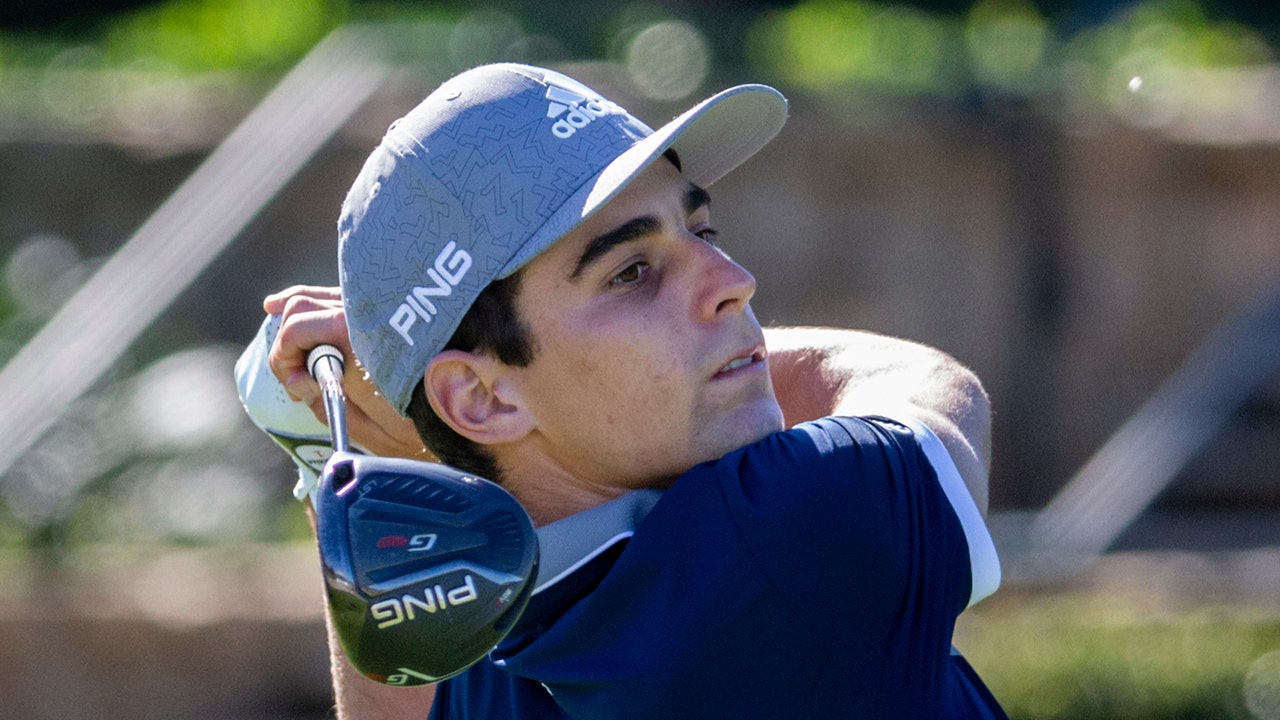 One week after Joaquin Niemann had to miss the Masters because of the coronavirus, his motivation goes well beyond golf to trying to help cousins in Chile with a month-old baby diagnosed with a deadly genetic disorder.

It was enough to bring Niemann to tears on Saturday at the RSM Classic.

“Just thinking about him, I love him and his family, and they’re really nice,” Niemann said after taking a full minute to compose himself. “I think it’s kind of like a mission for me to help out for them.”

Niemann has had few troubles in life. He turned pro after the 2018 Masters and secured a PGA Tour card in five tournaments. He won as a 20-year-old last year with a six-shot victory at The Greenbrier and played in the Presidents Cup last December at Royal Melbourne.

He learned in the last week that Rafita Calderon, the newborn of close relatives in Chile, was diagnosed with an aggressive form of Spinal Muscular Atrophy. Most infants with the disorder do not survive past early childhood.

The potential cure comes in the form of a new FDA-approved gene therapy drug called Zolgensma. However, the one-time infusion costs $2.1 million, making it one of the most expensive drugs.

“He needs expensive medicine to keep living and 100 days to get the medicine,” Niemann said. “That’s the goal. There have been some cases that they don’t live older than 2 years. The younger he is, the better it works.”

Niemann set up a page on Instagram in an effort to raise the money. He has pledged all his earnings for his final two events of the year, the RSM Classic and Mayakoba Golf Classic, along with $5,000 or every birdie and $10,000 for every eagle. Niemann has 15 birdies through three rounds at Sea Island, though too many bogeys to be in the mix. He goes into the final round in a tie for 55th.

He said soccer players in Chile are sharing the news on social media, and Niemann is trying to do his part.

“I thought I could do a big help here in the U.S. because being here on the tour, there is a lot of people that is really interested in this kind of stuff,” Niemann said. “And if I’m able to help Rafita to get his medicine, it would be a dream for me come true.”

Rafita’s father is the cousin of Niemann’s mother. Niemann said he grew up playing golf with Felipe Calderson during his rise that took him to the Latin American Amateur and his first trip to the Masters as a 19-year-old amateur.

Niemann missed his return to Augusta National last week when he tested positive for the coronavirus and self-isolated for 10 days. He is in the Masters next April from reaching the Tour Championship for the first time.