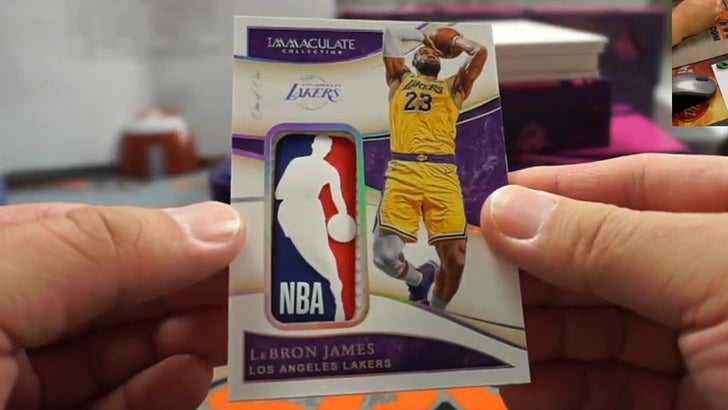 Another sports card collector just hit the JACKPOT — pulling a rare 1-of-1 LeBron James jersey card … and he’s already getting some huge offers to sell!

It all went down Thursday night at Jaspy’s Case Breaks card shop in Hermosa Beach, CA — which was hosting a “live break” of a box of 2019-20 Panini Immaculate Premium Edition cards. 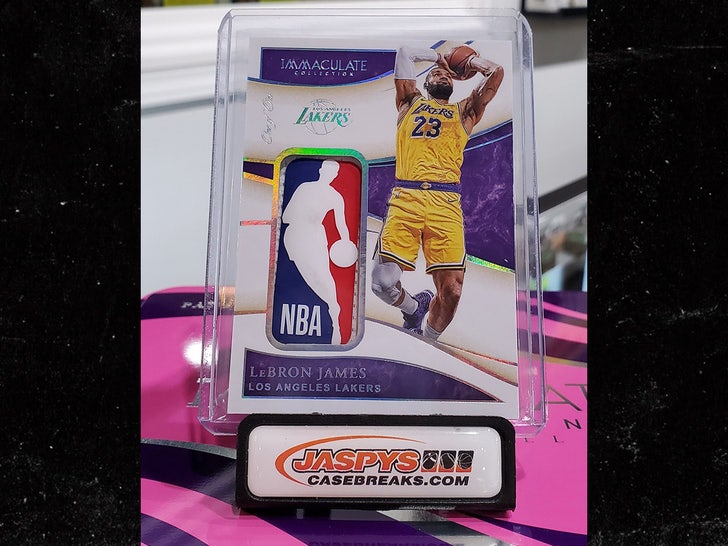 Each individual box runs about $2,500 — and contains ONE pack with SIX cards. High stakes card collecting!!!

Jaspy’s was hosting an event where collectors could buy rights to cards based on an NBA team — for example, you could buy the Houston Rockets for $100 and any card pulled featuring a player on the Rockets would belong to you.

Huge upside, but if the pack contains no Rockets players, you get nothing. Get it? Great.

In this case, a collector purchased the rights to the Lakers cards for $70 — and man, BEST $70 INVESTMENT EVER!!

The guys at the shop went crazy — and the collector who was watching virtually quickly realized they had something special!

We spoke with Erick Mitchell — high-end card expert and card broker — who tells us he was getting hit up by clients making big offers (from $50k to $75k) in the hours after the pull!

We’re told the lucky fan hasn’t sold the card yet — instead, he wants to put it up for auction, where experts believe it could fetch more than $100,000!!!

So, who buys these kinds of cards?

Mitchell told us there are a handful of high-end LeBron “super-collectors” who pounce on anything they can … price is no object.

As we previously reported, there’s been a surge of interest in high-end cards lately … even Rob Kardashian is getting in on the craze.

In fact, Rob pulled an ultra-rare 1-of-1 Tom Brady card during a recent box break … and some experts think that card could fetch $250k, if Rob decides he wants to sell.