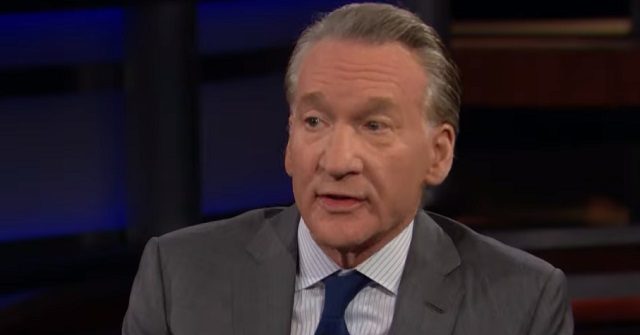 On Friday’s broadcast of HBO’s “Real Time,” host Bill Maher criticized “Democrats, who are always preaching wearing the masks,” for repeatedly “getting caught doing what we’re not allowed to do.”

Maher stated, “They can all jump in a lake. … Because Democrats, who are always preaching wearing the masks, they keep getting caught doing what we’re not allowed to do. Nancy Pelosi did. Lori Lightfoot did. Now, Gavin Newsom. Did you see this? He was at some sort of birthday party indoors. I haven’t eaten indoors, publicly, since March, without a mask. And at the table, there were lobbyists from the California Medical Association. That’s like getting shitfaced with Mothers Against Drunk Driving.”