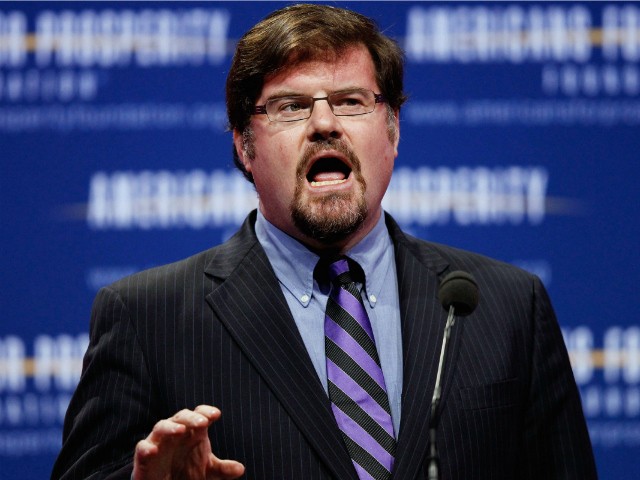 Never Trump stalwart Jonah Goldberg published an essay Friday in which he argued that President Donald Trump “is trying to steal an election he clearly and unequivocally lost.”

Goldberg also claimed on Twitter that Trump’s fight to contest the election results proved that he and other critics of the president were right “all along” about his character.

BTW, just a reminder that the Trump we’re seeing right now is perfectly consistent with the Trump some of us saw all along. Let’s not pretend otherwise.

In his essay, Goldberg argued:

The president of the United States is trying to steal an election he clearly and unequivocally lost.

Even liberals frame this fact wrong. They keep saying that Trump is undermining the legitimacy of the election. He is certainly doing that. But the undermining isn’t the endhe most desires—it’s the means to that end. The man is literally trying to steal an election.

It’s pretty clear now—as I think Nicholas Grossman pretty accurately predicted—that his goal was always to steal the election if he didn’t win fairly.* He was pretty transparent about this long before the election. He spent months saying that mail-in or early ballots were rife with fraud. He told all of his voters to vote on Election Day. He expected this would give him a “mirage” lead that night, and then, because he had already established the illegitimacy of mail-in ballots, he could pretend to be justified in proclaiming victory on Election Night.

Goldberg once popularized the idea that contemporary liberalism, as practiced by the Democratic Party, is rooted in fascism. He opposed Trump’s nomination as the Republican candidate in 2016, however, and has been a staunch critic of Trump ever since. He launched the “Trump-skeptical” website The Dispatch in 2019.