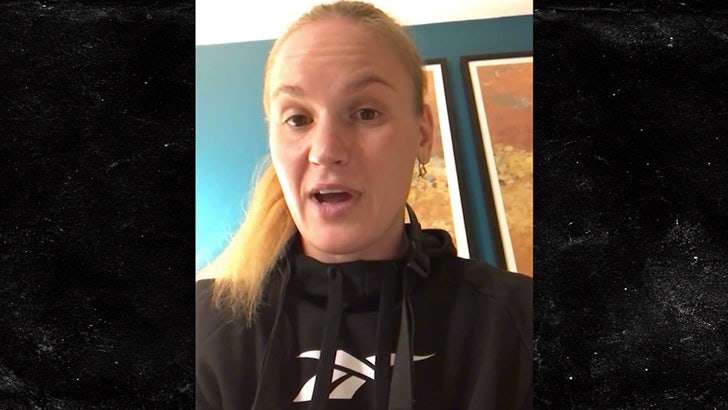 Amanda Nunes is the ONLY woman to beat Valentina Shevchenko in the last 10 years … and now the UFC flyweight champ tells TMZ Sports a 3rd fight with the Lioness is 100% goin’ down!!

We talked to the 32-year-old Shevchenko — who’s defending her belt at UFC 255 against Jennifer Maia Saturday night in Vegas — about the possibility of the highly coveted match-up with Nunes, the 32-year-old bantamweight and featherweight champ.

“You know right now I’m not thinking about [Amanda] cause my goal is to defend my belt,” Shevchenko says … “One day it’s gonna come to the point when it’s gonna [make] much more sense, and it’s not gonna be other than to make this 3rd fight.”

Valentina continued … “And when this day comes, it comes. But, now I’m not rushing it. I’m not trying to delay it. So I’m just living my life and waiting for when it comes, and I know for sure it comes.”

Bottom line, Shevchenko is undoubtedly the toughest opponent Amanda — the greatest female MMA fighter of all-time — has ever faced … and if Valentina’s right, a 3rd scrap is on the horizon.