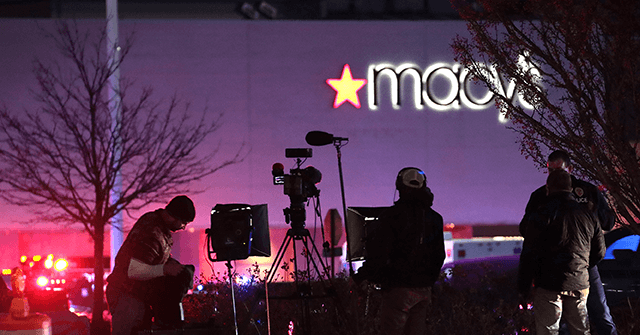 A 15-year-old male was arrested Saturday night for the shooting that injured eight at Wauwatosa, Wisconsin’s Mayfair Mall on Friday.

Breitbart News reported the shooting on Friday, and police were still seeking a suspect or suspects at the time.

The Milwaukee Journal Sentinel reports that police arrested a 15-year-old Saturday night, charging him in connection with the shooting.

Police say the shooting followed an “altercation between two groups.” They indicate that the shooter was initially described as a “a white man in his 20s or 30s, but the suspect turned out to be Hispanic.

The suspect managed to escape on the day of the shooting by blending in with mall patrons who fled after shots rang out. Police indicate they were able to identify the shooting suspect by watching surveillance video.

Of the eight people injured during the shooting, four were described as “innocent bystanders.”

Newsweek reports that Friday’s shooting was the third such shooting at the Mayfair Mall this year.