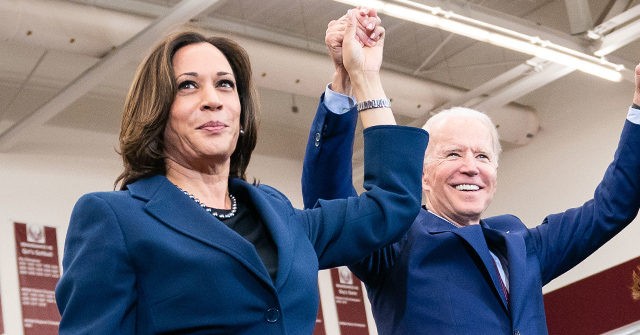 Senator Kevin Cramer (R-ND) said on NBC’s “Meet the Press” that it was “past time” to begin the transition to a Joe Biden administration.

Cramer said, “I agree there has to be an end. I frankly do think it’s time —well, it was past time to start a transition or at least to cooperate with the transition. I would rather have a president that has more than one day to prepare should Joe Biden end up winning this. But in the meantime, again, he’s just exercising his legal options.”

Anchor Chuck Todd said, “I just want to confirm, you believe the head of GSA tomorrow morning at this point ought to say the transition needs to begin, it looks like Joe Biden will be the apparent winner. Yes, there’s more to go through. This is what the head of GSA said. Yes, there’s still more to go through, but it looks like Joe Biden is the apparent winner. Let’s allow the transition process to begin. Should that be what happens tomorrow morning?”

Cramer said, “Yeah, it should happen tomorrow morning because it didn’t happen last Monday morning. I think you have to begin that process, give the incoming administration all the time you need. I will also say this — I think Vice President Biden has been a bit overdramatic as it relates to Operation Warped Speed and distribution of the vaccines and things. None of those things are a secret. The military is in charge of Operation Warped Speed. The military still will be there after the election, but there are a lot of other things. I informed my staff well over a week ago they had to cooperate with any transition outreach because we want to be prepared. We have a government to run regardless of who the president is.”

In a statement on Saturday, Senator Pat Toomey (R-PA) said, “I congratulate President-elect Biden and Vice President-elect Kamala Harris on their victory. They are both dedicated public servants and I will be praying for them and for our country. Unsurprisingly, I have significant policy disagreements with the President-elect. However, as I have done throughout my career, I will seek to work across the aisle with him and his administration, especially on those areas where we may agree, such as continuing our efforts to combat COVID-19, breaking down barriers to expanding trade, supporting the men and women of our armed forces, and keeping guns out of the hands of violent criminals and the dangerously mentally ill.”

The statement concluded, “To ensure that he is remembered for these outstanding accomplishments, and to help unify our country, President Trump should accept the outcome of the election and facilitate the presidential transition process.”