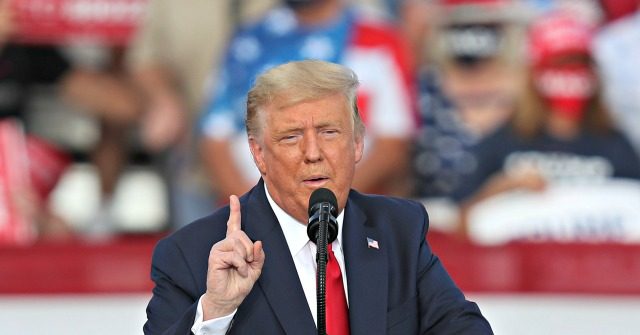 President Donald Trump’s campaign on Saturday announced a request for a recount of votes in the Georgia presidential race, just 24-hours after local officials certified the election results showing Joe Biden with a lead in the Peach State.

Secretary of State Brad Raffensperger (R) and Gov. Brian Kemp (R) certified Georgia’s election results on Friday, which found former Vice President Joe Biden ahead of Trump by 12,670 votes, or 0.26 percent, out of five million, following a week-long hand recount of all votes.

Kemp said in an announcement state law required him to certify the results but that his certification “paves the way for the Trump campaign to pursue other legal options and a separate recount if they choose.”

State law allows a candidate to request a recount if the margin is less than 0.5 percent. Trump’s campaign team had until Tuesday to make the request.

“We are focused on ensuring that every aspect of Georgia State Law and the U.S. Constitution are followed so that every legal vote is counted,” the Trump campaign legal team said in an unsigned statement, a sentiment previously echoed by Trump on social media.

Almost ZERO ballots rejected in Georgia this election. In years past, close to 4%. Not possible. Must have signature check on envelopes now. Very easy to do. Dems fighting because they got caught. Far more votes than needed for flip. Republicans must get tough! @BrianKempGA

“President Trump and his campaign continue to insist on an honest recount in Georgia, which has to include signature matching and other vital safeguards,” the statement added.

The recount will be done using scanners that read and tabulate the votes.

County election workers have already done a complete hand recount of all the votes cast in the Georgia race. But that stemmed from a mandatory audit requirement and isn’t considered an official recount under the law.

Activists gathered in Atlanta on Saturday afternoon for a “Stop the Steal” rally in support of President Trump and his efforts to ensure election integrity after Secretary of State Brad Raffensperger (R) certified the Peach State’s election results, as Breitbart News reported.

AP contributed to this story