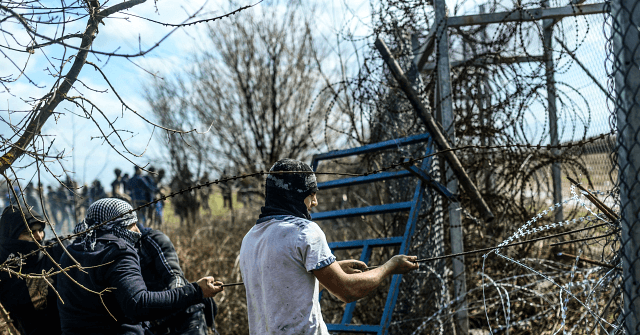 The UN Migration Agency, or International Organization for Migration (IOM), appeared to call on European Union member-states to ensure all migrants in their territory receive coronavirus vaccines, regardless of legal status.

“When we have now news about a vaccine, the challenge that EU European member states are confronted with, is to guarantee access to the vaccine to everybody that is in your territory, not just your citizens, but also all the refugees, displaced people and migrants that are in Europe,” argued Antonio Vitorino, the United Nations agency’s director-general — seeming to suggest that Europe’s largely publicly-funded health services shoulder the cost of vaccinating all migrants, not just those with legal status as refugees.

“It is for the sake of their safety and well-being of the entire host communities’ in the countries taking them in,” Vitorino said.

“No-one is safe until everybody is safe,” he insisted, going on the suggest that the pandemic has been increasing migration flows, with the Sahel region of Africa, in particular, “exploding”.

With 244 million people on the move, migration is inevitable, necessary, and desirable: https://t.co/oJT8snspYt #ForMigration pic.twitter.com/9QP9E4VL3o

Asylum seekers and illegal migrants in Europe have not always accepted the free services and facilities extended to them with gratitude.

In Britain, which is not technically an EU member-state but remains a member in all but name as the Brexit “transition” period continues, migrants housed in an open camp on a British military base in Wales recently protested that their free accommodation was like a “prison”.

Migrants at another former military barracks expressed their displeasure with the accommodation more forcefully, attempting to break down the fences around the camp.

Before the camps opened, migrants had been — and many continue to be — hosted in hotels at great expense, although even this was considered to be insufficiently generous by many migrants and pro-migration organisations.

At a hotel in Glasgow, for example, an incident in which a resident launched a brutal knife attack on several people, including a police officer, was followed by activists revealing that he had complained of being “very hungry”.

According to the left-wing Guardian, migrants at the hotel had been provided with “three meals a day” along with “basic toiletries and a laundry service” and free WiFi, but Kurdish Community Scotland activist Ako Zada explained that “people were complaining at getting the same spaghetti and macaroni cheese all the time. It wasn’t culturally appropriate for them.”

Hundreds of people broke the coronavirus regulations to attend the funeral of the knifeman, who was killed by officers responding to his attack.