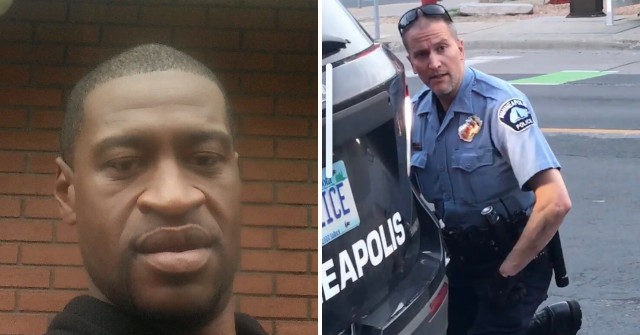 A chemistry teacher in the Arlington Public School district was suspended after she referenced George Floyd in a question on a chemistry test. A screenshot of the test question circulated amongst the community last week, sparking anger from students and parents.

According to a local news report, a high school chemistry teacher at the H-B Woodlawn school in Arlington, Virginia, was suspended this week over a test question that referenced George Floyd.

“George Floyd couldn’t breathe because a police officer put his _____ George’s neck,” the question stated. The answer, “neon,” referenced the fact that Officer Derek Chauvin placed his “knee on” Floyd’s neck prior to his death.

The question quickly circulated amongst students and parents. One student alleged in a social media post that some students responded with “white silence.”

“There is no diversity in my school and apparently there was a bunch of white silence when this happened this morning,” one student wrote on social media. “White students were making excuses or seemed ‘too tired to talk about it’ shame on those people that’s disgusting.”

In an email, district superintendent Francisco Duràn said that administrators will meet with students from the class to help them process the incident.

During a class presentation a teacher shared an example that showed significant racial insensitivity. It was unacceptable. We will be meeting directly with the students in the class, and will work with all of our H-B Woodlawn students to process the incident. We will use all of the HBW and APS resources at our disposal to do so. Students should reach out to a trusted adult at HBW if they want to discuss this matter further. Our Student Services Team will be available for individual counseling (emails below) and students can reach out directly to me as well.

Breitbart News reported in June 2016 that a teacher in Mobile, Alabama, was suspended after writing a math question that referenced cocaine and drive-by shootings.