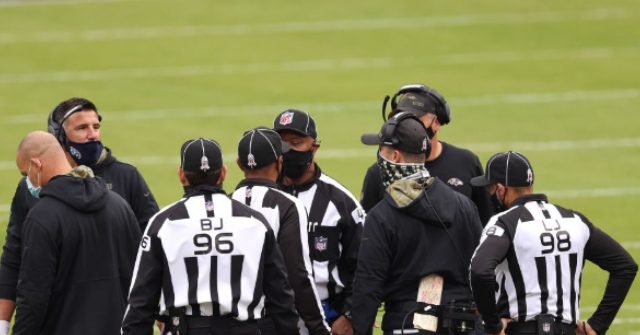 From their heated exchange before the game, it was obvious that the bad blood between the Ravens and the Titans still existed. From their decision to not shake hands at the end of the game it’s obvious that bad blood, if anything, got worse.

The game itself was a testament to the bad feelings between the two teams as players from both teams delivered bone-crushing hits and fought regularly throughout. While the Ravens led for most of the game, the Titans eventually won the hard-fought contest 30-24 in overtime.

However, the bitter feelings were still on display after the game when Harbaugh declined to shake hands with Vrabel.

With both coaches wearing masks, the decision not to shake does not appear to be a Covid-related choice. Vrabel, for his part, seemed to be more than alright with not shaking hands. The Ravens, 6-4, will face the Steelers on Thanksgiving in a game with huge playoff implications.