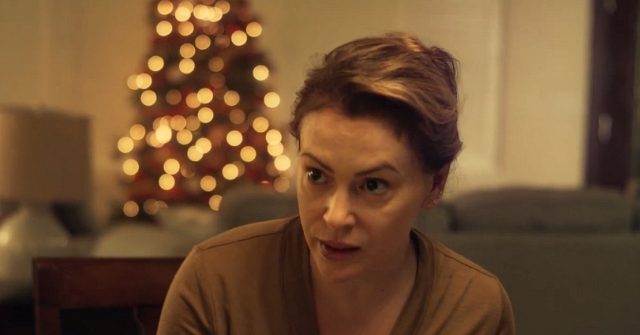 Actress and Joe Biden surrogate Alyssa Milano has made an immigration-themed Christmas movie in which a young girl finds herself parentless and homeless after her mother, who is an illegal immigrant, is kicked out of the country. At one point, a character rails at the injustice of it all, calling the U.S.-Mexico border “an imaginary line.”

You Are My Home just got picked up by Netflix and will be available to stream this Christmas season, according to Milano. The actress, who produced the movie and plays a supporting role, unveiled the first trailer on Monday using the hashtag #FamiliesBelongTogether.

“So proud to share the trailer for the film I produced called #YouAreMyHome. And we just got the great news that it will be on Netflix this holiday season! #FamiliesBelongTogether,” Milano said in a tweet promoting the movie.

So proud to share the trailer for the film I produced called #YouAreMyHome. And we just got the great news that it will be on Netflix this holiday season! #FamiliesBelongTogether pic.twitter.com/wcsaAwIAlL

In one scene, the Milano character claims: “If you actually are taking a child away from their parents, that’s called abduction. Ok, this little girl is an American!” Another character screams: “Her mom was taken away for no other reason than not having the right paperwork to be on the wrong side of an imaginary line!”

You Are My Home follows the journey of young Alexandra as she finds an unlikely home with a single career woman, whose cold exterior thaws just in time for Christmas as Alexandra teaches her the real meaning of family.

Alyssa Milano, who endorsed and campaigned for Joe Biden, has been an open-borders activist for years. Last year, the Charmed actress referred to the U.S.-Mexico border as “arbitrary lines in the sand” in a video posted to Twitter. She also accused U.S. border patrol agents of “destroying children’s lives” by enforcing immigration laws.

I’m bawling and I need to vent. https://t.co/AVVkyPIBbM

In recent days, Milano has been urging her fans to give money to Georgia Democratic Senate candidates Jon Ossoff and Raphael Warnock, who are trying to unseat Republican Sens. David Perdue and Kelly Loeffler, in the hope of tipping the Senate in favor of Democrats.