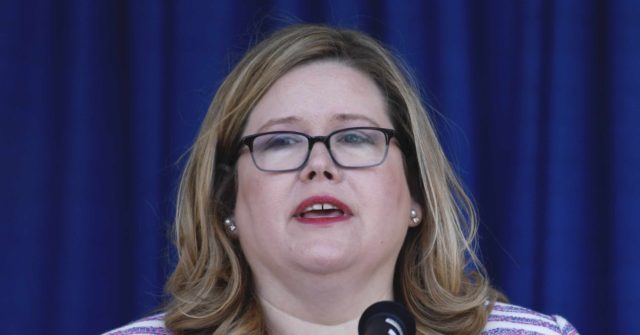 Emily Murphy, the administrator of the General Services Administration (GSA), revealed Monday that she had received threats from those attempting to coerce her into approving the presidential transition of Joe Biden “prematurely.”

Earlier Monday, President Donald Trump tweeted that he had told Murphy to move ahead with plans for a transition, though he reiterated that he believed he would prevail in his legal challenges to the results of the election in several key states.

…fight, and I believe we will prevail! Nevertheless, in the best interest of our Country, I am recommending that Emily and her team do what needs to be done with regard to initial protocols, and have told my team to do the same.

In a letter to Biden notifying him that the GSA would make federal resources available to him in the event he was certified as the winner of the presidential election, Murphy said she had never been told by the White House to delay the transition.

She added: “I did, however, receive threats online, by phone, and by mail directed at my safety, my family, my staff, and even my pets in an effort to coerce me into making this determination prematurely.”

NEW: GSA letter @GSAEmily to Hon. Joseph R. Biden, Jr. releasing limited funds “in connection with a presidential transition” + lays out multiple threats (family, staff + even pets) to “coerce me into making this determination prematurely” + “To be clear, I did not receive any pic.twitter.com/hfRH7eXKLv

On Sunday, CNN’s Jake Tapper told viewers that Murphy would be responsible for the deaths of Americans if she did not begin the transition process, ostensibly because Biden’s team would not have information necessary to distribute vaccines provided by Trump’s Operation Warp Speed.

“Her actions could very well hamper the Biden team’s ability to deal with the pandemic when they take over. It is a matter of life and death,” Tapper said, warning that her “legacy will be written in stone.”