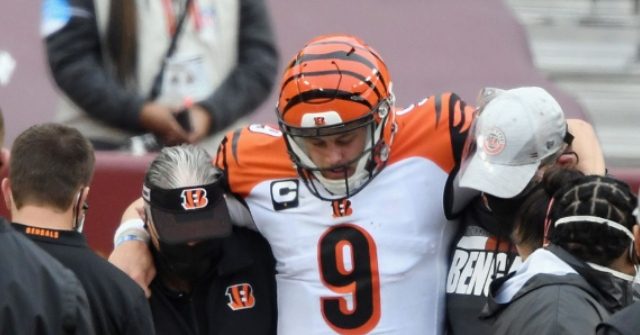 Everything about the way Bengals quarterback Joe Burrow reacted to his knee injury on Sunday suggested that he knew his 2020 season was over. On Monday, we learned that his injury was so severe that the start of his 2021 season may be in jeopardy as well.

MRI revealed more damage than anticipated: Bengals’ QB Joe Burrow tore his ACL, MCL, and suffered other structural issues in his knee as well, per @Ben_Baby and me.

“Burrow will have reconstructive surgery, and it’s unclear whether he’ll be ready to go in nine months when the 2021 regular season is getting started,” Pro Football Talk reports.

Schefter later reported that the recovery timeline for a player with injuries similar to those suffered by Burrow is 9-12 months.

Burrow had passed for 2,688 yards, 13 touchdowns, and five interceptions, before sustaining his season-ending injury against Washington in Week 11.