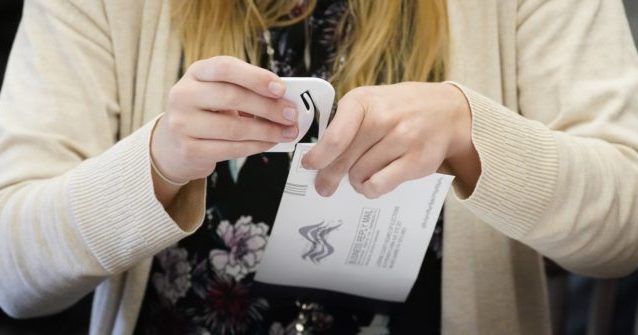 Pennsylvania state lawmakers on Monday turned down a formal call for the 2020 election to undergo an audit as President Donald Trump continues to challenge the key battleground state’s election results.

A bipartisan, bicameral legislative service agency on Monday, in a rare move, rejected a request from the House of Representatives to conduct a statistical-level review of the conduct of 2020 general election. The Legislative Budget & Finance Committee officers voted 2-1 against performing the “risk-limiting” audit that was ordered by House Resolution 1100. That resolution, sponsored by Rep. Jesse Topper, R-Bedford County, passed the House on Thursday by a 112-90 vote, with all Republican members and three Democrats supporting it. […] Sen. Jim Brewster and Rep. Jake Wheatley, both Allegheny County Democrats, voted against taking on the audit. Sen. Bob Mensch, R-Montgomery County, favored the committee accept the assignment. Rep. Steve Barrar, R-Delaware County, who is retiring from the House at the end of this month, didn’t participate in the Zoom meeting.

During the committee hearing, the Democrat members criticized the idea of conducting an audit to validate Pennsylvania’s election results.

“I’m at a loss as to what the purpose of the resolution is and why it’s even necessary if the work is going to be done” by state counties, said Brewster.

“I really would suggest there are other ways to validate our election results,” Wheatley added.

Conversely, Pennsylvania state Rep. Jesse Topper (R) argued that an audit would ensure “a statistical level of confidence in not only the outcome of this past election, but [also] ensure trust in all future elections here in the commonwealth.”

“I’m disappointed that the fact they thought it was going to be too difficult and too much work dissuaded them from doing what I think is absolutely necessary for us to move forward with changes,” Topper stated. “Anybody who [thinks] on either side changes don’t need to be made to the process after what we saw in the days leading up to, during, the day of, and the days after the election is simply not engaged in reality.”

“The Department of State is currently involved in litigation concerning this election and their role in providing a lot of the confusion that went on,” he added. “Now we’ll have to figure out a different path forward.”

Wolf said in a statement: “The Legislative Budget Finance Committee has no expertise or role in election administration and no statutory authority outside the fiscal realm, and it is inappropriate to pretend it does. An audit by the LBFC would be incomplete, duplicative and unreliable.”

The Pennsylvania legislative committee’s rejection comes after a federal judge Saturday dismissed the Trump campaign’s effort to halt the certification of votes in the state.