Pope Francis has invited 5 NBA players to his home court — The Vatican — for a 1-hour meeting Monday about social justice issues.

The 5-player delegation features Sterling Brown — the former Milwaukee Bucks star who was the victim of a police brutality incident in 2018 when he was tased by cops at a Walgreens. 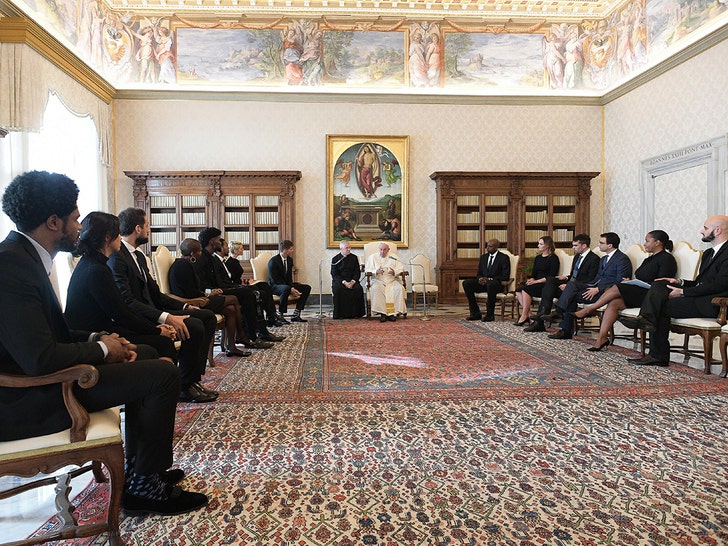 Both Brown and Korver were members of the Bucks in the NBA Bubble this year when they boycotted a playoff game to protest the shooting of Jacob Blake. Brown is now a member of the Houston Rockets.

23-year-old Jonathan Isaac was one of the only players to stand during the national anthem during their Bubble. He’s also an ordained minister.

Pope Francis reportedly “wanted to learn more about how players had recently brought attention to pressing social justice issues and economic inequality — and what they planned for the future,” according to ESPN.

After the meeting — which took place in the papal library at the Apostolic Palace — the players were scheduled to get a tour of St. Peter’s Square.