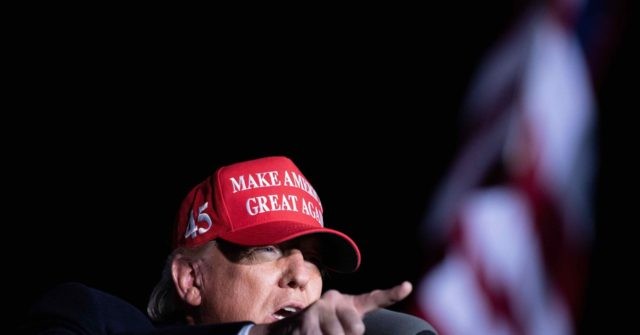 If Democrats win, they will effectively take control of the Senate, in the event that Sen. Kamala Harris (D-CA) is sworn in as Vice President on January 20.

In the opening segment of his show, posted later to his website under the headline “Take the MAGA Rallies to Georgia, Mr. President,” Limbaugh said:

RUSH: I don’t know about you, but I’d kind of like to see President Trump in Georgia. I’d like to see some rallies. I’m not alone in this. We got two Senate seats that are very crucial, the runoffs, Perdue and Loeffler. We gotta get these seats secured. Otherwise the left is gonna be able to — well, they’re not gonna be stoppable. It’s just gonna be dependent on what they want to do as to how far they go.

So those two Senate races, Perdue, Loeffler, they’re really crucial, and I think Trump is still the Republican Party. He’s still MAGA. He could still go down there and do some rallies and secure those two Senate seats. I don’t mean yesterday or today. But the runoffs, the elections are on June the 5th. So time is of the essence.

Limbaugh also quoted an article by Breitbart News’ David Ng, noting that Hollywood celebrities were donating to, and volunteering for, Democrats’ effort to win the Senate runoffs in Georgia.