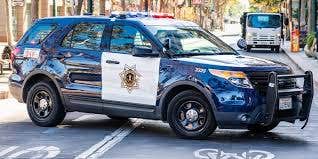 Multiple people were stabbed on Sunday night, including two fatally, at San Jose’s Grace Baptist Church while the building was reportedly being used to shelter the homeless during a cold night.

Authorities said some of those injured sustained life-threatening injuries. Sam Liccardo, the mayor, said that police arrested a suspect, but the Mercury News reported that the tweet was deleted.

“Our hearts go out to the families of the two community members who have succumbed to stabbing wounds in the attack at Grace Baptist Church downtown,” Liccardo said in a tweet late Sunday.

NBC Bay Area reported that authorities responded to the stabbing at 8:45 p.m., and the church building is near the San Jose State University campus.

“For clarification, no church services were being conducted at the time of the stabbing. Unhoused individuals were brought into the church to get them out of the cold,” police said, according to the paper.