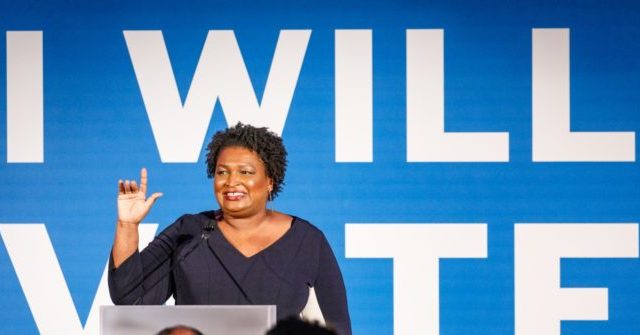 “More than 750,000 Georgians have requested their ballots for the January 5 runoff elections,” Abrams wrote. “Have you? Request yours today and let’s get it done… again.”

🚨BREAKING: More than 750,000 Georgians have requested their ballots for the January 5 runoff elections. Have you? Request yours today and let’s get it done… again: https://t.co/xCyh7BhY3o. 🗳👏🏿 #gapol pic.twitter.com/q1xSybczXg

Included in Abrams’ announcement on Twitter was a gif with the caption: “I’ve got a secret for you… we’re going to win.”

Also included in Abrams’s tweet was a link at which Georgia residents can request a mail-in ballot for the runoff elections between Sen. Kelly Loeffler (R-GA) and her Democrat challenger, Raphael Warnock, and another between Sen. David Perdue (R-GA) and his Democrat opponent, Jon Ossoff.

In an effort to shift power in the Senate to Democrats, a voting rights group founded by Abrams has already reportedly dropped $2.7 million ahead of the runoff election.

Earlier this month, it was reported that those two Senate races in the Peach State could be some of the most expensive in history. One estimate said the spending could go beyond $200 million.