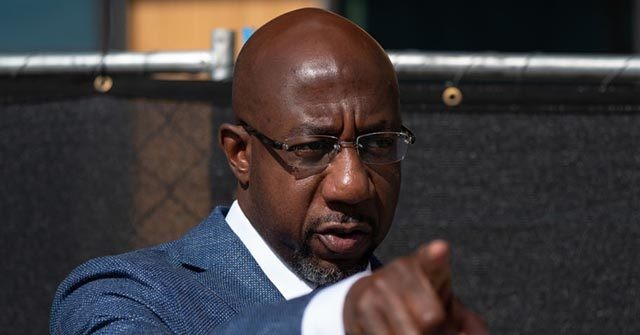 Rev. Raphael Warnock preached in 2017 that “America’s preexisting condition” is “racism” during at least two of the several speeches and sermons Warnock has given that have come under scrutiny for their radical messaging.

Warnock, the senior pastor at Ebenezer Baptist Church, said at a New Baptist Covenant event on June 29, 2017, that he “would not be a prophet” if he did not inform his audience “that racism is America’s preexisting condition”:

Warnock said in the clip New Baptist Covenant shared from the event:

We are in a special moment. We are in an evil moment. We are in a tragic moment, and I suggest to you that our politics is symptomatic of our sickness. We’ve got a lot of problems, but I would not be a prophet if I did not tell you that racism is America’s preexisting condition. Like the insurance companies, nobody wants to go there. Nobody wants to cover it because we wonder what it would cost. We, the land of the free, and the incarceration capital of the world. In this land where we warehouse 25 percent of the world’s prisoners although we are only five percent of the world, we are to ask ourselves what has it cost us not to cover it, not to face up to it, not to confront it, not to deal with it. Racism is America’s preexisting condition.

Warnock appeared on Fox News in 2008 and defended Jeremiah Wright, who served as former pastor to President Barack Obama and is known for a number of incendiary statements — which Obama himself has condemned — including declaring that “America’s chickens are coming home to roost” in regard to the 9/11 terrorist attacks and giving an impassioned speech in which he repeatedly shouted “God damn America.”

Warnock said in 2016 just before the presidential election that “America needs to repent for its worship of whiteness on full display.”

Warnock has twice praised Dr. James Cone and described Cone as his “mentor.” Cone claimed to fight racism but employed a wealth of anti-white language, including decrying “satanic whiteness” and calling for the “destruction of everything white” in society.

In addition to comparing racism in America to a preexisting medical condition, Warnock has made a string of anti-police remarks, including that “we shouldn’t be surprised when we see police officers act like bullies on the street” and that “often those who are sworn to protect cause more trouble.”

Warnock responded to criticism of his past comments in an Atlanta Journal-Constitution interview in March this year, saying, “Any fair-thinking person would recognize that everything a government does, even the American government, is not consistent with God’s dream for the world.”