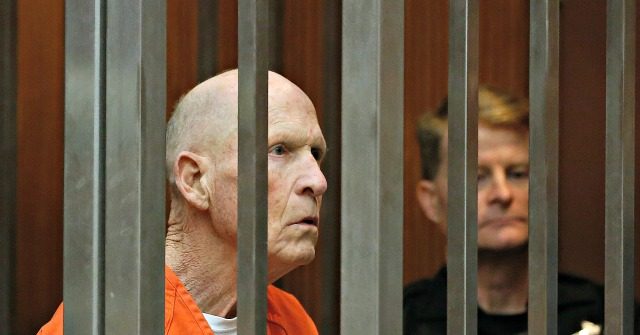 A scam caused California taxpayer money that was supposed to go toward COVID-related unemployment benefits to be sent to at least 20,000 prisoners, including well-known convicted murderers Scott Peterson and serial killer Cary Stayner.

California approved more than $140 million for at least 20,000 prisoners, including Scott Peterson and Cary Stayner, said local and federal prosecutors on Tuesday, according to a report by Associated Press.

“It involves rapists and child molesters, human traffickers and other violent criminals in our state prisons,” said Sacramento County District Attorney Anne Marie Schubert of the scheme that resulted in the prisoners being paid with taxpayer money.

From March to August, more than 35,000 inmates were named in claims filed with the California Employment Development Department, which resulted in more than 20,000 of them being paid.

The report added that at least 158 claims were filed for 133 death-row inmates, resulting in more than $420,000 in benefits paid.

Schubert confirmed that the list of prisoners getting paid included death row inmate Scott Peterson, who was convicted of killing his wife and unborn son. The California Supreme Court recently overturned Peterson’s death sentence and has ordered a lower court to review his murder conviction.

Moreover, Isauro Aguirre, who was sentenced to death for the 2013 torture and murder of 8-year-old Gabriel Fernandez, was also allegedly approved for an unemployment debit card, as well as Wesley Shermantine, who was part of the duo dubbed the “Speed Freak Killers” for their meth-induced killing rampage in the 1980s and 1990s.

Prosecutors said they discovered the scam from listening in on recorded prison phone calls, where inmates would talk about how easy it was for everyone to get paid.

The scheme reportedly always involved someone on the outside, such as a friend or family member of the inmate, who would receive the benefits.

Sometimes, the inmates would use their real names. Other times, they would use fake names, as well as fake Social Security numbers. In one instance, an inmate used the name: “poopy britches,” noted Schubert.

“Quite frankly, the inmates are mocking us,” said Schubert.

In Kern County, California, one address was used to receive benefits for 16 inmates, reported AP.

“In my nearly four decades as a prosecutor in this state, I have never seen fraud of this magnitude,” said Kern County District Attorney Cynthia Zimmer.

So far, 22 people have been charged in the scam in San Mateo County, as well as six people who are not in prison.

Prosecutors blame the Employment Development Department, which has been reportedly overwhelmed by more than 16.4 million benefit claims since the Chinese coronavirus pandemic began in March, resulting in a backlog that at one time was more than 1.6 million people.