Kaitlyn Bristowe was crowned the Season 29 winner of “Dancing with the Stars.”

Monday night’s finale featured four celebrity and pro-dancer couples each performing one past dance ensemble and one freestyle. Bristowe, a “Bachelor” alum, competed against finalists Nev Schulman, Grammy-winning rapper Nelly, and “One Day at a Time” actress Justina Machado for the coveted mirrorball trophy.

Bristowe, 35, danced her way to the top with her professional dancing partner, Artem Chigvintsev, who is engaged to “Total Bellas” star and former WWE diva Nikki Bella. The duo received two perfect scores for their repeat of the tango to Britney Spears’ “Toxic” and a dazzling performance of “Sparkling Diamonds” from Moulin Rouge. 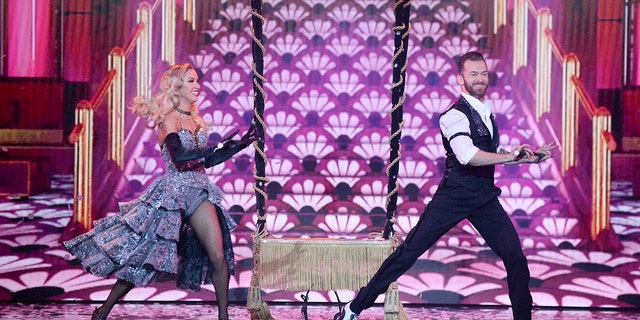 Kaitlyn Bristowe and Artem Chigvintsev compete during the Season 29 finale of ‘Dancing with the Stars’ on Monday night. (ABC/Eric McCandless)

Nelly, 46, and his professional partner Daniella Karagach came in third. They performed a samba to as well as a freestyle to Megan Thee Stallion’s “Savage” and “Hypnotize” by Notorious B.I.G. while Machado, 48, and Sasha Farber came in fourth after performing the cha-cha set to “Respect” by Aretha Franklin and a freestyle featuring Jennifer Lopez’s “Let’s Get Loud” and The Gypsy Kings’ “Bamboleo.”

It was the first time Chigvintsev has won the competition. He explained it was an “emotional” win for him, as he returned to the ABC competition show this year after not being asked to return in 2019 for Season 28.

“I was thinking about where I was a year ago, exactly. Where I was not a part of last season, how I felt that [my] old dancing dreams were done and dusted, and that I was never going to be able to perform on that stage at all,” Artem said via Entertainment Tonight. “And then just standing with Kaitlyn in the final and being called as the champion of the season? I mean, it was such a surreal moment that I never thought it would be, in the reality of this world.”

Bristowe, similarly, said it had long been a “dream” of hers to join the show. 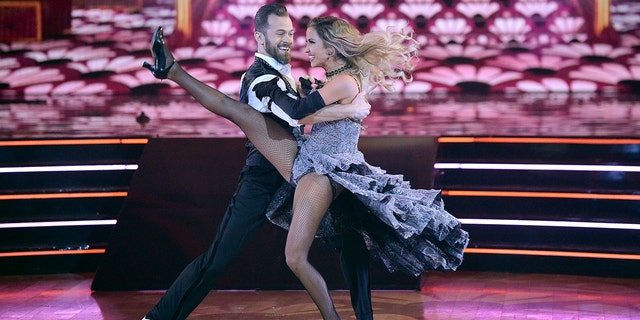 “So for me, it makes it all so much better that I had this dream. That it was taken away, that I still believed in it, that I worked hard for it, that I stayed true to myself through it,” she continued. “Same thing with Artem. You just never know when it’s going to happen and the fact that everything just aligned for us and that we’re here with the mirrorball, like, what?”

After the duo performed, Chigvintsev took to his Instagram Story with Bristowe to reflect on the final night.

“I’m just so on a high right now,” Bristowe said, reminding voters at home that they “need all the help they can get.”

Chigvintsev also teased how he and fiancee Nikki Bella celebrated his win at home. Early Tuesday morning, he posted a photo to Instagram of his kitchen table featuring red roses, champagne and sushi, along with his trophy. 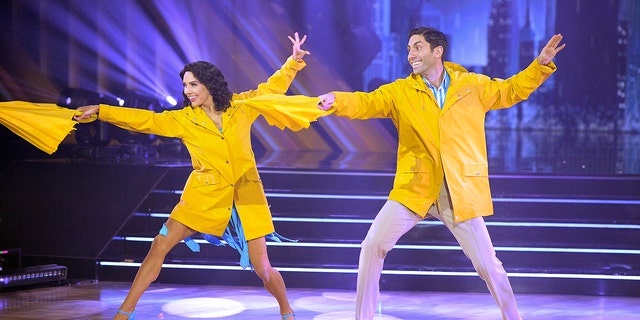 “Last nights celebration Thank you for the flowers my love,” Chigvintsev captioned the Instagram Story pic.

“I’ve never felt this much gratitude and joy and just literally the most beautiful experience of my life with so many ups and downs, from week one to week two with the ankle injury, to not feeling good enough to feeling good enough,” Bristowe separately told her Instagram followers.

Prior to performing on Monday night, Bristowe told her social media followers she was dancing for those who cannot celebrate Thanksgiving with their loved ones due to the coronavirus pandemic. She said she hoped the episode would “bring some joy in 2020 and have you escape.”

The finale marked the end of an unprecedented season for the ABC dance show, which saw supermodel and businesswoman Tyra Banks take over as host following the departures of Tom Bergeron and Erin Andrews.