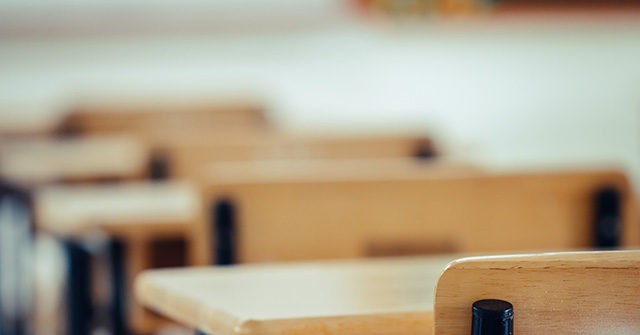 President of Hillsdale College Dr. Larry Arnn said during an interview with Breitbart News’ Alex Marlow on Sirius XM’s Breitbart News Daily that American students “have a right to have in-person classes,” even during the coronavirus pandemic.

“To be close and to learn together is the most important thing in a college, more important than faculty teaching actually,” he said. “So, we have a right to it now. There needs to be a good reason not to do it, and we can’t find one ourselves.”

Arnn cited a recent New York Times article that he said reported 250,000 college students have had the infection caused by the Chinese virus, with three who have died from it.

“And all three of those had serious illnesses, pre-existing,” he explained. “So, that means that it’s much less dangerous to college students than the ordinary flu. And so, we are shutting down colleges, harming the economy, harming the communities where they live. And it has really nothing to do with preventing death from the virus.”

Since the pandemic began, Hillsdale College, which is located in Michigan, and its Barney Charter School initiative have launched a series of more than 40 free YouTube videos for parents and their children engaged in at-home learning during the coronavirus outbreak in the United States.

The video series is specifically focused on at-home learning during this time and is based on an American classical approach to education.

Marlow asked Arnn about the difference between online classes and homeschooling.

Arnn responded that homeschooling, especially for younger children, is “very successful” and, “in America, it’s multiplying in the numbers.”

He discussed how homeschooling parents have formed co-ops and other joint education experiences with other homeschooling families.

“So, they can get together and play and talk,” Arnn explained. “And, you know, kids learn vastly from each other.”

Hillsdale’s president said that 15% of his school’s student body are homeschooled students.

“They do great,” he remarked. “And today so much of school, because of regulations from above, is routine,” he added, describing how teachers are “actually prescribed what to do all through class.”

“And that makes the thing, essentially boring,” he explained. “So, that’s terrible. Homeschooling is infinitely better than that.”

Arnn said Michigan’s Gov. Gretchen Whitmer (D) is someone who “just thinks everything is fungible.”

“We can tell everybody, ‘Stay home.’ We can tell the students to ‘Stay in the dorms,’ like they won’t get it more in the dorms than if they went somewhere else,” he asserted, pointing out illogical directives such as, “you could go to the Walmart and buy a garden hoe, but you couldn’t buy seeds.”

“And, so, Walmart roped off the seeds section, which of course congregated people together,” he said, amused. “And you know, if they were outside planting seeds, they’re much less likely to get the virus or give it to somebody.”

Arnn said in Hillsdale’s 25 charter schools around the country they are managing the current conditions.

“And the point is in a good school, if you ask the students to do something in the great majority of cases, and the great majority of people, they will do it right,” he said. “Not perfect. You know, human beings are not perfect, but like, if our hospital is full, we were told yesterday in Hillsdale, I’m going to tell the kids not to go to town. You know, don’t, don’t make that any worse.”

Arnn said Hillsdale has had about 189 students contract the virus, without any hospitalizations.

In response to Marlow’s question about the “downsides of lack of social contact for young people” due to remote classes, Arnn replied:

Well, but two things there. First of all, you know, we’re higher education, we think about the high end. And if they’re deprived of each other’s company they don’t learn as much. And that’s too bad. And they miss the joy and excitement of doing it together. But then think about the low end. And in the middle of July of this year, the head of the CDC — the guy Anthony Fauci reports to, if he reports to anybody — he’s said that the extra suicides in the last 60 days were higher than the COVID deaths. Suicide rates are a terrible way to die. I mean that’s … despair. So, we confine people to home, they think of suicide.

“And for a cause that is just extremely unlikely to affect them,” he added, explaining that the shutdown and lockdown strategies are teaching people to be afraid, instead of courageous.

“My first thought was, okay, this is another problem,” he recalled when the pandemic was first announced. “We’re here to have school. And, so, I started pressing to have school. And I noticed that my colleagues in the college business were not doing that very much.”

Arnn said when he spoke to some other college presidents about the pandemic early on, he asked them, “Can’t you feel the life seeping out of your college right now?”

“And are you failing to tell them that it’s important for them to use these years, when they’re young and curious and forming themselves, to use them actively every day?” he asked, but said he received the response of, “Wait, take six months off. It’s fine.”

“And that’s just not true,” he asserted. “It’s just false. And, and there seems to be no good cause for it.”