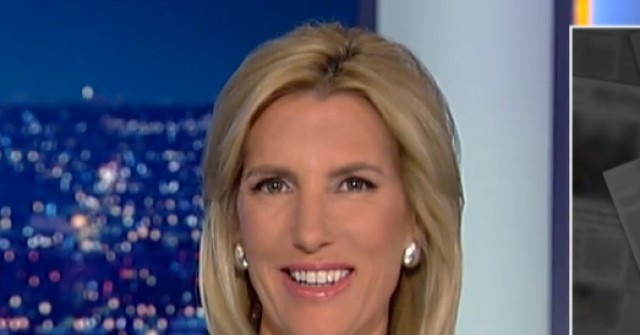 Monday on Fox News Channel’s “The Ingraham Angle,” Laura Ingraham expressed her pessimism about the prospects of the 2020 presidential election going in Donald Trump’s favor.

Ingraham also disputed any notion that saying it was likely Democratic presidential nominee Joe Biden would be sworn in was a departure from conservatism.

“[U]nless the legal situation changes in a dramatic and unlikely manner, Joe Biden will be inaugurated on January 20. Now, to say this does not mean I don’t think that the selection was rife with problems and potential fraud. And to say this does not constitute being a sellout to the conservative populist movement that I’ve been fighting for, I don’t know, 25 years. And it does not mean that I disagree all with the President’s right and obligation to pursue all legitimate legal challenges to this outcome. To say this constitutes living in reality, and if I offered you a false reality, if I told you that there was an excellent, phenomenal chance that the Supreme Court was going to step in and deliver a victory to President Trump, I would be lying to you.”

“Now, you have known me for a long time now,” she added. “You know me long enough to know that I will not lie to you or simply tell you what you want to hear.”

She argued Trump’s focus should be on the two Georgia U.S. Senate seats up on January 5 and said the President was poised to be still the most important man in American politics.