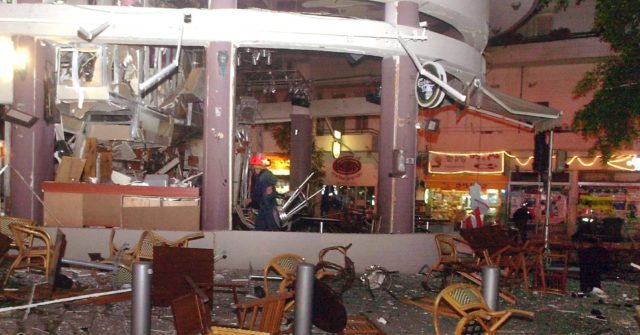 Dodin, the daughter of Palestinian immigrants, said in 2002 that “suicide bombers were the last resort of a desperate people,” according to the Lodi News-Sentinel.

According to the newspaper, Dodin, then a student at the University of California, Berkeley, “described a place where Palestinians are not given fair rights.”

“A place where water is so scarce that the Israeli government will cut off the supply to coerce the Palestinian population,” Dodin is cited as saying.

The Second Intifada was a Palestinian uprising from 2000 – 2005, characterized by a wave of suicide bombings and other acts of terror that killed more than 1,100 Israelis.

Dodin, who was named to her new position alongside Shuwanza Goff, will be the first Palestinian-American to serve as a White House staffer.

In 2001, Dodin took part in a demonstration at the University of California Berkeley that called for the university to divest from Israel. Demonstrators compared Israel to apartheid South Africa.

“Comparing Israeli occupation of Palestine to South African Apartheid, the students said that UC had a moral charge not to invest in companies with strong economic ties to Israel,” the Berkeley Daily Planet wrote at the time.

Dodin claimed that pro-Israel groups on campus, who called for peace with Palestinians, were not serious about it.

“They say they want peace, but it’s a peace based on their rules,” Dodin said, adding that those rules don’t include a full Palestinian state that meets Palestinian demands.

Then-PLO leader Yasser Arafat unleashed the Second Intifada after rejecting the most generous deal to date for Palestinian statehood at Camp David in 2000, which included more than 90 percent of the West Bank, a Palestinian capital in East Jerusalem, and shared control of the Temple Mount holy site.

In response to her anti-Israel remarks and actions, the Biden-Harris transition team said in an emailed statement to the Jerusalem Post that Dodin has since “grown from her youth.”

“Reema is the first to tell you she has grown from her youth in her approach to pushing for change, but her core values of fighting to expand opportunity to building a stronger middle class remain her driving force,” the statement said.

“She harnessed her activism into action, becoming a well-respected and trusted leader in the US Senate. Her years of Senate experience and perspective will help President-elect Biden and Vice President Harris respond to our nation’s most urgent challenges.”