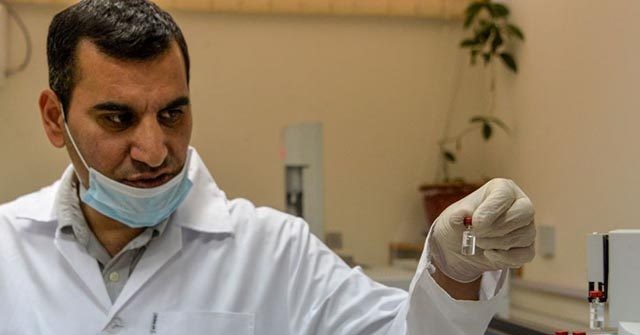 Afghanistan is emerging as a significant global producer of methamphetamine, according to a study published on Tuesday by the European Monitoring Centre for Drugs and Drug Addiction (EMCDDA).

Afghan drug traffickers have in recent years discovered that the ephedra plant — commonly found growing wild in certain parts of the country — can be used to create ephedrine, the key component of the drug methamphetamine.

Known as crystal meth, methamphetamine is a cheaper drug than heroin, which has long been at the heart of Afghanistan’s highly lucrative illegal drug trade. According to the EMCDDA report, Afghanistan’s emerging meth trade is growing rapidly, meaning it could eventually rival the country’s established heroin industry.

“The realization that you could produce methamphetamine from a wild crop in the mountains has been a fundamental gamechanger,” Dr. David Mansfield, lead author of the EMCDDA study, told the BBC on Tuesday.

An expert on Afghanistan’s drug industry, Dr. Mansfield explained that drug traffickers in the country previously extracted ephedrine from expensive imported medicines. Their recent discovery that the ephedra plant grows wild in Afghanistan has enabled them to use the crop, a far cheaper alternative source of ephedrine, and some “simple chemistry” to create meth, he said.

While other cultures use the ephedra plant to create crystal meth, the scale of Afghanistan’s still emerging ephedrine industry surpasses any other previously documented, according to the EMCDDA.

The report’s researchers mapped out over 300 suspected ephedrine labs in just one Afghan district in the country’s southwest, Bakwa, using satellite imagery and information gleaned from interviews with Afghan drug producers in August. Dr. Mansfield said his team has also begun to identify meth labs elsewhere in the country.

Reports of Afghan-produced ephedrine being shipped to other provinces outside of Bakwa, “or being seized on the Afghan-Iranian border, suggest that production may be taking place in other parts of Afghanistan or in neighboring countries,” according to the study. “There are also increasing reports of methamphetamine connected with Afghanistan being seized further afield (e.g. Sri Lanka, Indonesia, Australia and countries in Africa).”

The EMCDDA discovered that methamphetamine production in Afghanistan is a simple, “two-tiered process” meaning even people in poor households have the ability to create ephedrine. The initial plant processors sell the extracted ephedrine on to more specialized “meth cooks,” who further refine the substance. The study’s researchers pinpointed ephedrine labs on satellite images in part by identifying the telltale byproducts of its processing nearby: dried ephedra crops and large quantities of wastewater.

Afghanistan’s Taliban terror group traditionally collects taxes on a wide range of industries operating within its controlled areas, and the newly booming meth industry is no exception. The EMCDDA estimated that the Taliban “could be earning in excess of $4 million a year from Bakwa district alone, depending on the quantity of ephedrine and methamphetamine being produced.”

An Afghan drug smuggler told the BBC on condition of anonymity that the Taliban taxes both the farmers who harvest the ephedra crop and also those transporting the drug for sale.

“There are Taliban checkpoints everywhere, so you can’t hide it from them,” he said.