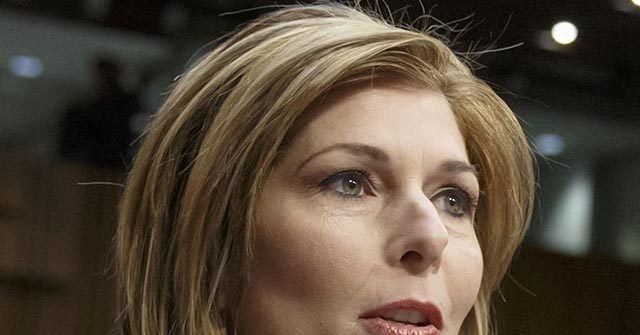 A homogenized news media industry seeks to impose its view of acceptable parameters of political discourse on the broader public, Attkisson stated. She highlighted technology companies’ reinforcement of news media perspectives through their restriction of access to contrary information.

“The way those who want to shape and manipulate our opinion see it, they have to portray those who are not on board with the narrative as somebody who’s off the reservation [and] not to be believed,” Attkisson said.

“As the news has been yanked further and further left, we’re portrayed as the right for simply being in the middle,” Attkisson remarked, “and this is part of the redefining of news and the information landscape today.”

“The people who wanted to shape public opinion were very good in the past two decades at learning how to control the news media and make sure that they control the terms of how we talk about a story, that we interview the right people, that we don’t talk about certain topics, and we use their talking points,” Attkisson stated.

Attkisson lamented that some news media consumers are “perfectly happy” to have social media companies and other technology firms restrict their access to information while providing “fake fact checks.”

“Sheep who don’t do their own research” will trust self-appointed “fact-checkers” to inform them, added Attkisson.

Attkisson remarked, “When these powerful interests found they couldn’t control information online after they had pretty much had success doing it on the news, they got busy online and these are the same forces that are trying to make sure when you get on social media or do a Google search, what you’re going to be hit with is this artificial reality that they want you to believe and see.”

Increasingly aggressive big tech censorship reveals as a lack of fear on the part of technology companies regarding consequences from either the public or government, Attkisson estimated.

“They were doing it in a fairly secretive way with … algorithms and shaping searches and so on,” Attkisson said, “but I feel like there was a sense of desperation in those weeks before the election when these powerful interests sensed that there could be a second President Trump term, and they began just stepping in and censoring things so overtly that there was no denying it, and they didn’t care that people saw outright that accounts were being cancelled, and these crazy labels were going on factually correct information, or opinions but claiming were false. They didn’t care, because they knew — and they rightly calculated — that they wouldn’t be held accountable for that before the election, and quite frankly, I think they won’t be held accountable for that after the election.

Attkisson identified the coronavirus outbreak as an intensely targeted subject by the news media and big tech partnership of information control. She held that “powerful interests” have assembled a “very organized movement” to discredit journalists asking “logical questions” about “certain aspects of the coronavirus.”