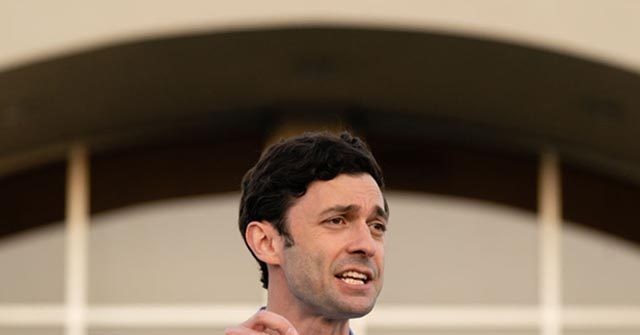 Georgia Senate Democrat candidate Jon Ossoff’s campaign is claiming its omission from its financial disclosures in May of a payment from a Chinese Communist Party (CCP)-linked company to Ossoff’s media production company was due to a “paperwork oversight.”

After a political ad asserted that Ossoff ignored rules and hid cash from Chinese communists, an Ossoff campaign spokesperson called it a “paperwork oversight.”

The ad was referring to Ossoff’s initial financial disclosure filings for his Senate candidacy in May 2020. That filing showed that his media production company, Insight TWI, received more than $5,000 in the past two years from 21 TV or broadcasting groups from around the world.

Ossoff campaign spokesperson Miryam Lipper told FactCheck.org in regard to the ad that Ossoff was not “hiding” the payment and that it was a “paperwork oversight” that was “rectified” after “a normal review of the campaign’s paperwork.”

Lipper also wrote to FactCheck.org, “PCCW does not = Chinese communists.”

PCCW Media Limited is owned by Richard Li — who has spoken out against pro-democracy protests in Hong Kong, as well as owned by the Chinese state-owned China Unicom, which is run by CEO Xiaochu, a member of the CCP.

Li has a long track record of supporting Beijing. According to the National Review, in 2016, Li released a public statement that said he was “staunchly opposed to the independence of Hong Kong.”

At the height of the democracy protests in 2019, Li took out full-page advertisements in seven newspapers to call for the restoration of “the social order with the rule of law,” backing the recommendations of Beijing’s Hong Kong and Macau Affairs Office of the State Council, according to the National Review.

And Li’s father, Li Ka-shing, reportedly the richest man in Hong Kong, publicly backed the CCP’s sweeping national security law in 2020 to crack down on critics and dissenters.

Despite Lipper claiming that PCCW Media Limited “does not = Chinese communists,” she still made an effort to distance Ossoff’s company from PCCW.

She claimed PCCW did not directly pay Insight TWI, despite Ossoff’s own filing listing the company as those that paid Insight TWI more than $5,000 in the past two years.

“In some instances, as is the case with PCCW, TWI even licenses the documentaries to distributors like Sky Vision who re-license them to TV stations,” Lipper claimed.

“TWI would never have sold anything to PCCW directly, just received a royalty check from Sky Vision when PCCW ran TWI’s two investigations of ISIS war crimes,” she added.

She also asserted the payment did not mean PCCW controlled Ossoff.

The structure of Insight TWI “doesn’t leave any room for this notion that he is somehow controlled by these groups in the nefarious way they try to imply,” she told FactCheck.org.