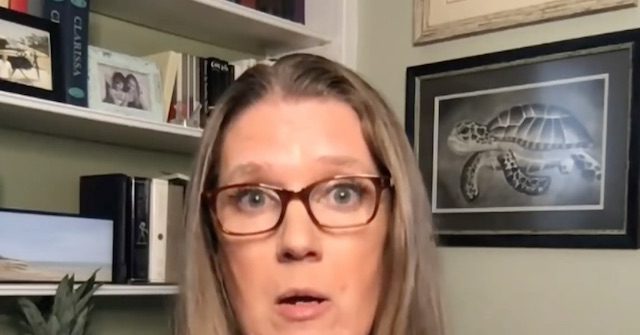 President Donald Trump’s niece, Mary Trump, said Tuesday on CNN’s “Tonight” her uncle was “delusional” and not capable of understanding a pardon is “essentially an admission of guilt,” so he will likely attempt to pardon himself.

Trump said, “We’ve heard about pardons he’s thinking of making. I have no doubt in my mind he’s going to toy with the idea of pre-pardoning people in his inner circle, even himself. We see what he’s doing with the Open Skies Treaty, which is putting Americans in danger. We see what Steve Mnuchin is doing, taking $440 billion that were earmarked to help small businesses and municipalities in COVID-19, and asking for the money to be returned, putting it out of reach of his successor, Janet Yellen. These are things that are continued attacks to our democracy and things that will make it even harder for the incoming administration to do the work that needs to be done to fix the mistakes of Donald’s administration.”

Lemon said, “You don’t think it would be beneath him to —I can’t believe I’m saying this, to pardon himself? Isn’t that some sort of tacit admission that he expects to be found guilty of something?”

Trump said, “Well, if he were a normal person, I suppose, but first of all, he probably doesn’t understand that a pardon is essentially an admission of guilt. And Donald is somebody for whom winning is the only thing that matters. It doesn’t mean you need to win fairly, just by any means necessary. Because he thinks he always deserves to win, cheating, lying, stealing are all perfectly legitimate means towards that end. We also saw by, as you pointed out, a truly bizarre 64 seconds that he’s delusional. So it makes perfect sense if he’s willing to take credit for a stock market gain literally caused by the fact that Biden won, and he’s finally being allowed to start his administration, he’s perfectly capable of pardoning himself. Or trying to.”