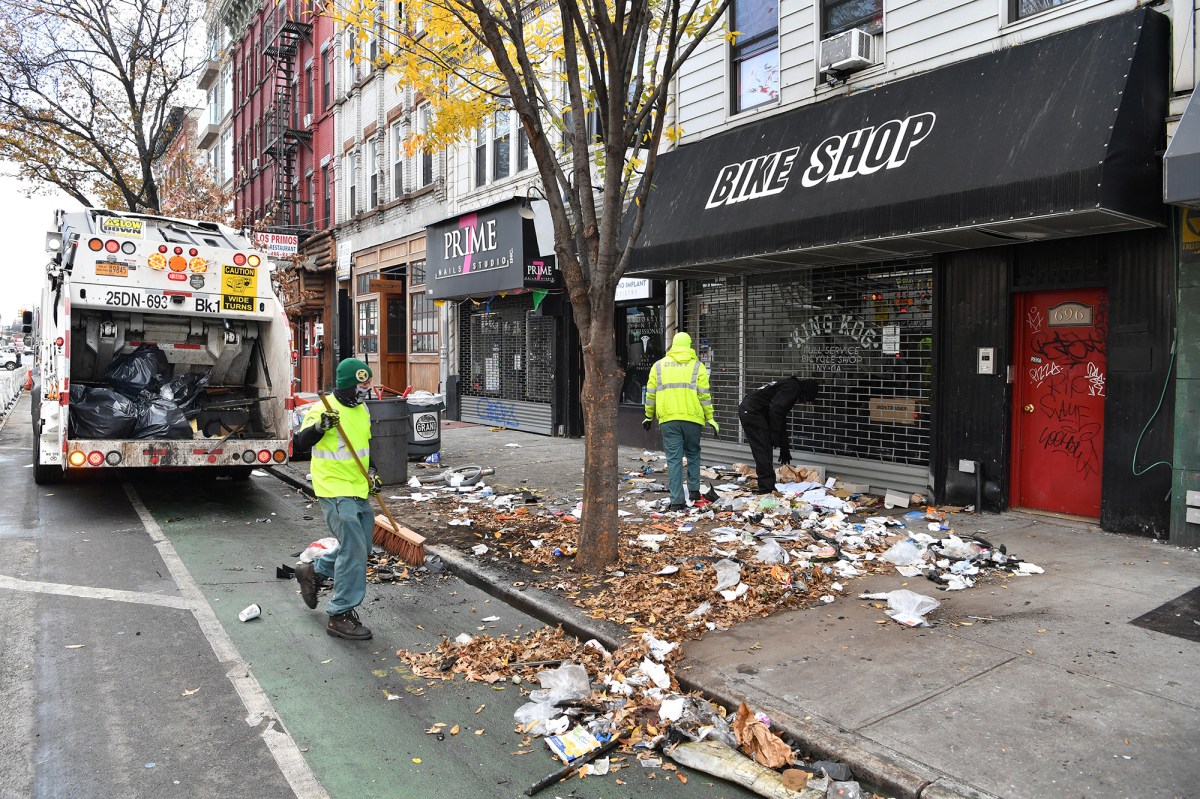 And those stats don’t include the most recent causality — Alexander Ulloa-Toribio, 26, who was killed early Wednesday in a three-car crash that began when the tire blew out of a BMW SUV.

Advocacy group Transportation Alternatives announced the news in a statement Wednesday calling on Mayor Bill de Blasio to “rescue” the city’s “Vision Zero” program, which is far off track from its original goal to hit zero road deaths by 2024.

“These tragedies are the predictable and preventable outcome of defunding Vision Zero initiatives and prioritizing the movement of car traffic above human life,” Danny Harris, the group’s director, said in a statement, noting that this year’s increase in carnage has come despite fewer cars on the road.

This year’s uptick in fatalities comes after the city hit all-time lows earlier in de Blasio’s tenure, which began in 2014.

Motorcyclists and motor vehicle occupants account for the entirety of this year’s increase, Department of Transportation rep Alana Morales told The Post. City stats show 2020’s 91 pedestrian deaths are on pace to be the lowest on record, Morales said.

“DOT is determined to continue utilizing our data driven approach in order to address the most crash prone locations and protect all road users,” she said in an email.

De Blasio conceded on Tuesday that there was “more work to do.”

“Over the course of the seven years we had some moments were able to have really extraordinary success and we’ve had some setbacks too, but the basic concept works and it will continue to work,” Hizzoner said during his daily press conference.

“Every single street redesign helps, all the enforcement helps, all the speed cameras help, we just got to keep doing it and it does change behavior. And then ultimately continuing to build out mass transit to give people that much better options.”