More than 1.7 million copies of former Democratic President Barack Obama’s memoir were sold in North America during its first week on the market.

Buyers purchased 887,000 copies of “A Promised Land” in all formats in the United States and Canada on its first day, according to a Tuesday statement from the publisher Penguin Random House. The tome had the best first-week sales of any Penguin Random House publication.

The book was released worldwide on Nov. 17 by Penguin Random House subsidiary Crown Publishing and it’s available in 20 languages, with six more to come.

Crown said Tuesday that it had increased its initial print run by 900,000 and that the book is currently on track to be the bestselling presidential memoir in modern history. 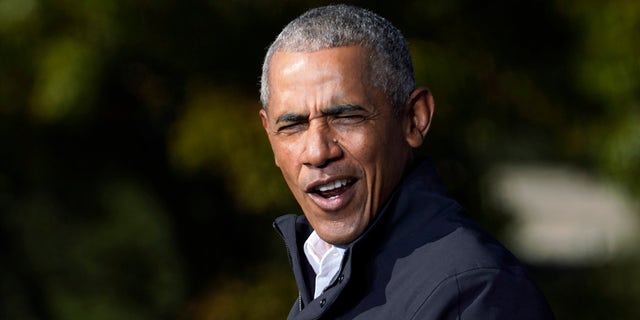 According to The Wall Street Journal, “A Promised Land” ranks No. 1 on the bestseller lists of both Amazon and BarnesandNoble.com.

It is also the bestselling book in the U.K.

The 700-page volume, which is the first of two, has bested the first day sales of his wife Michelle’s memoir, “Becoming.”

Published in 2018, “Becoming” sold 750,000 copies on its first day Since then, the former first lady’s book has sold more than 10 million copies globally.

Obama has also penned two other bestselling memoirs titled “The Audacity of Hope: Thoughts on Reclaiming the American Dream” and “Dreams from My Father: A Story of Race and Inheritance.”

He also authored the 2010 bestselling children’s book “Of Thee I Sing: A Letter to My Daughters”