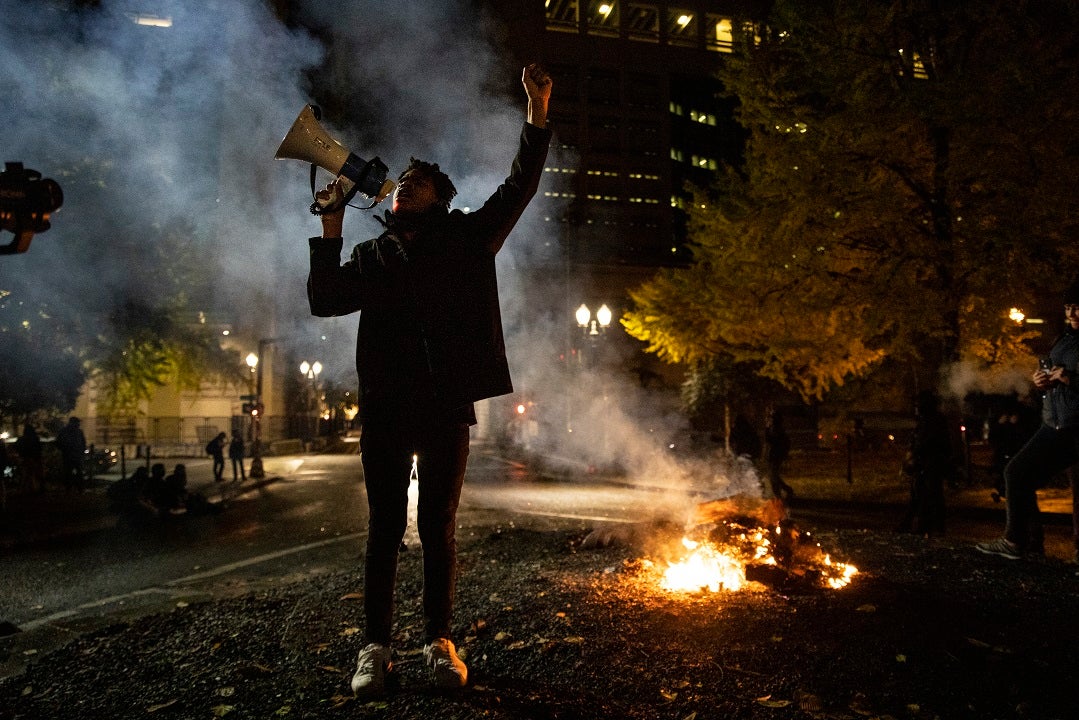 The Multnomah County district attorney praised the county Democratic Party Tuesday for recently passing a resolution supporting his decision not to prosecute certain protesters at nightly demonstrations in Portland.

In August, Mike Schmidt announced that his office would decline to prosecute cases against protesters that did not involve violence, property damage or theft. Crimes in those categories include interference with a police officer, disorderly conduct, criminal trespass, harassment if classified as a Class B misdemeanor and rioting, unless accompanied by another charge outside the list.

“@DAMikeSchmidt believes that public safety resources are best spent addressing issues such as our community’s rising murder rate, domestic violence and child abuse as opposed to the prosecution of protestors exercising their First Amendment right to Speech and Assembly,” the district attorney’s office said in a tweet.

Portland has seen nightly protests over several months that have frequently devolved into violence, including shootings, assault, arson, vandalism, property damage and violent clashes between demonstrators and authorities.

“We support the District Attorney focusing their office’s limited resources on crimes such as murder rather than spending energy squelching First Amendment rights by prosecuting misdemeanors with flimsy evidence that will inevitably be thrown out by judges,” party spokesman Joel Barker told Fox News in a statement.

In the resolution, the party noted the Portland Police Bureau’s use of tear gas, batons and rubber bullets on protesters to disperse crowds, tactics that have come under heavy scrutiny. It added that it doesn’t condone vandalism and supports Schmidt’s policy to prosecute those who act with “malicious intent.”

“People have the right to be free from government overreach,” the resolution states. “Police and prosecutors should be focused on increasing personal safety for the entire community, not staunching free speech.”

The DA has been referred 1,030 cases related to the protests, of which 723 have been rejected, according to figures provided by the agency. Of the rejected cases, 592 have been declined for prosecution in the “interest of justice.”

Another 52 were rejected for insufficient evidence and 164 are pending.