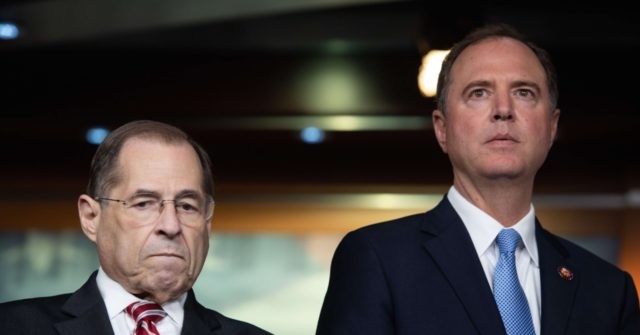 “Donald Trump has repeatedly abused the pardon power to reward friends and protect those who covered up for him,” Schiff wrote on Twitter. “This time he pardons Michael Flynn, who lied to hide his dealings with the Russians. It’s no surprise that Trump would go out as he came in — Crooked to the end.”

Donald Trump has repeatedly abused the pardon power to reward friends and protect those who covered up for him.

This time he pardons Michael Flynn, who lied to hide his dealings with the Russians.

Crooked to the end.

“This pardon is undeserved, unprincipled, and one more stain on President Trump’s rapidly diminishing legacy.” pic.twitter.com/gfXlJNRiJr

Earlier Wednesday, President Trump confirmed reports that he would grant a pardon to Flynn. In a tweet, the president congratulated his former top national security aide and his family. “I know you will now have a truly fantastic Thanksgiving!” he said.

It is my Great Honor to announce that General Michael T. Flynn has been granted a Full Pardon. Congratulations to @GenFlynn and his wonderful family, I know you will now have a truly fantastic Thanksgiving!

Flynn pleaded guilty in December 2017 to making false statements to the FBI regarding his contacts with then-Russian ambassador, Sergey Kislyak during President Trump’s transition. The longtime military man later withdrew his plea, after it was revealed the DOJ had withheld exculpatory evidence.

The pardon is the final step in a case defined by twists and turns over the last year after the Justice Department abruptly move to dismiss the case, insisting that Flynn should have never been interviewed by the FBI in the first place, only to have U.S. District Justice Emmet Sullivan refuse the request and appoint a former judge to argue against the federal government’s position.

In the months since, a three-judge panel’s decision ordering Sullivan to dismiss the case was overturned by the full appeals court, which sent the matter back to Sullivan. At a hearing in September, Flynn lawyer Sidney Powell told the judge that she had discussed the Flynn case with Trump but also said she did not want a pardon — presumably because she wanted him to be vindicated in the courts.